Astrology and the death of children 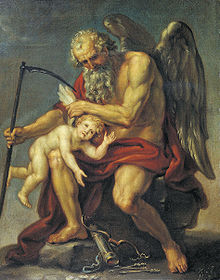 One of the most tragic things in a human life is the loss of a child. Today it is 10 years after the death of my sister. When my sister died (now 10 years ago), my mother had hard transits to deal with:


John Travolta and Sylvester Stallone live longer than one of their children, just like my mother does. In 2009 was the death of a son of John Travolta (see that post: http://astropost.blogspot.nl/2009/01/death-of-john-travoltas-son-jett.html). On the 13th of July 2012, this tragedy happened to Sylvester Stallone.
At the moment of the death of their sons both men had an inconjonct between Venus in the eight house and the Ascendant.
- In John Travolta's case its was transit Venus in the 8th house of life and death conjunct Sun and inconjunct natal Ascendant.
- Sylvester Stallone's progressed Ascendant was exactly inconjunct natal Venus in the 8th house.
Both lost a loved one with an inconjunct of Venus coming from the 8th house. There were, of course, more hard aspects at the same time (see list below).

Venus is a beneficial symbol. In times of death, Venus illustrates the comfort that surround a mourning person. In times of death, most families comes together to help each other deal with the pain. Venus in times of strong and many conflicts or other kind of aspects with the 8th house, doesn't make things right. Venus mirrors all that eases and softens...

MOZART
Wolfgang Amadeus Mozart lost 4 of his 6 children. In his days the death of children was not as unusual as in our days. I wrote about that (quote):


Mozart was successful, but he had problems with money due to the high standard of living. Also he suffered from the death of four (!) of his six children between 1783 and 1789.  Saturn joins Sun and Mercury in the fifth house of (pro-)creation. At the time of the death of his little son, transit Pluto was in aspect with the 5th house Sun and Mercury. When his little daughter died in 1789 progressed Moon squared Pluto and transit Saturn was on the Moon.

Continue for the list of transits of Sylvester Stallone...

- There are three transits of Saturn at the same time: transit Saturn at 23.1 Libra conjunct natal Moon and Midheaven tells us about the bad emotional situation. Apart from P AC inconjunct Venus, there is a second quincunx: transit Saturn inconjunct Progressed Ascendant.
Inconjunctions (quincunxes) tell us about getting out of balance and about loss. There are two inconjunctions.
Saturn is the planet of endings. Saturn 'rings' three times. The 'rule of three' iso indicating a major event.    These three hard transits would be enough warning for depressing situations. Together with the inconjunct from the 8th house, that is a statement of loss.


There is a peculiarity about transit Saturn here


- Transit Jupiter sesquisquare Midheaven seems inadequate for this situation. However, Jupiter often appears when death is around. Jupiter is the big helper, the support that you get, the doctor who assists you…A sesquisquare is a frustrating aspect.

- Transit Neptune is quindecile Sun, ruler 8th house (there is also a Sun quindecile Neptune-8th house involvement in the chart of my mother).
Stallone has 4 planets in the 8th house. You might expect that there will be cases of life and death, danger, transformations and problems in his life, more than usual. The quindecile is giving us a strong focus or obsession. Neptune is confusing us.


LINKS
In an earlier post I mentioned luxury problems with Venus transit my Sun/Moon and natal Venus. Luxury, that is because there were no personal hard afflictions at the same time and no involvement of the eight house...

Also visit: Astromarkt.net about the effect of the inconjunction

Thank you for this post. I have 8th ruler Uranus in the 5th square to Sun in the 8th. This topic concerns me greatly. In a few years solar arc Venus will conjunct my Sun which is natally quincunx my ascendant. Your findings here have me very curious. And what a sad tragedy for people in those days to lose so many children. Mozart's story is truly heartbreaking.

Hi Natalie, just to avoid making you worry: charts mirror events. It is never the other way around.Thanks for your comment!:)