The Russian in the chart of Gerard Depardieu 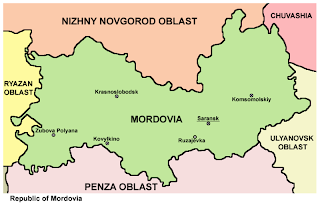 Gerard Depardieu is a Russian now. The Frenchman first moved to Belgium, as a sort of a tax refugee. Then he asked for the Russian nationality and he got it. He was invited to become minister of Culture in one of the Russian republics, too. Here is the news: http://www.bbc.co.uk/news/world-europe-20927274 The move causes controversy. When there is controversy, we see Uranus.


The transits and progressions in his chart tell us about:

In the natal chart Uranus is in an important position, on the Descendant, inconjunct the Moon and 'calling' (not making major aspects in sign or orb 5 degrees). Uranus is the symbol of change, controversy, rebellion and being different.

MOON INCONJUNCT URANUS
With Moon inconjunct Uranus the need to make a difference and be 'special' involves a loss. Sasstrology.com offers a complete article about the emotional detachment mirrored by Moon-Uranus. It is a long way from Chateauroux to Saransk.
With Moon-Uranus you are sort of used to be an emotional outsider. I see this aspect in the charts of observers. Example: dr. Phil and... mr. Putin. I am curious about the relationship between Putin and Depardieu, sharing a Moon-Uranus aspect! From what I write on Astromarkt I should advice mr. Depardieu not to move to Russia. They are better friends when they are apart:).

LINKS
1. I wrote about Gerard and  the death of his son: http://astropost.blogspot.nl/2008/10/charts-of-guillaume-depardieu-and-his.html and mentioned that the 'actor in the chart' can be found in:

a. Moon rising before the Sun without major aspects in sign or orb 5 degrees.
A calling and orientational Moon tells us how important it is to have a good memory and how important it is to pretend.
b. Moon conjunct Jupiter/Neptune contributes to having success in the immaterial world of fantasy. This midpoint combination also tells us that he needs fans and followers and will likely be popular.

Unlike the other examples of charts of artists, actors and musicians on Art-astrology.blogspot.com there is no minor or major aspect combination of Moon, Venus and Neptune.

3. Sharing aspects, like Moon-Uranus
Moon in aspect with Uranus in both of the charts tells us about surprises. The relationship can be a flashing one or there are tensions at home all the time. Both of the partners have a desire to be different than the other and share a desire for sensation. Maybe they are both psychic and possibly they can have a special 'supernatural' contact.