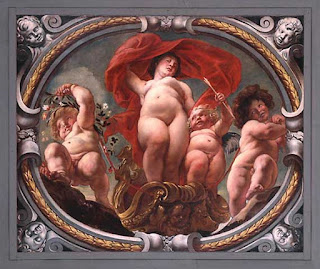 In October 2012 I blogged about Margareth Hone, a Libra astrologer. I intented to write about an astrologer each month, but I forgot. Here is another try to start a series of posts on sun signs and astrologers, to begin with the natal chart of Ada Muir.

What Gemini can do for astrology, is communicating about it. That is what Ada Muir did. She wrote books, is know for The Torch and was a member of the AFA. She was a nurse and wrote a lot about herbs and health related to astrology, too. For this, I like to point at Ceres rising before the Sun. Ceres is  (among other meaning) the symbol of nutrition and motherly care. There is also a Sun in aspect with Neptune and Saturn. The Moon is also important as the Moon doesn't make major aspects in sign or orb 5 degrees.

Now where is astrology in her chart?

Jupiter is important in Ada Muir's chart, because Jupiter is exactly square Ascendant. Uranus is important because Uranus is 'calling' (not making aspects in 5 degrees or sign). Jupiter is semi square Uranus and biquintile the MC in Aquarius (ruled by Uranus).

So, in short: the important Jupiter and Uranus are semi square and both related to Midheaven.

MORE INDICATIONS
The Moon is 'calling' in Aquarius.
Mars is in aspect with both Jupiter and Uranus.

PS Jacob Jordaens painted the picture above about Gemini. Thank you Wiki Commons!

Love your blog! The horoscope is truly an amazing thing and I've been conducting a lot of research into astrology so your article has really helped. Thank you!