The crisis in Nelson Mandela's chart 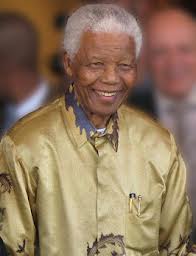 When you watch the chart, transits and progressions of Nelson Mandela, the crisis is eminent. It usually takes more than two important transits and progressions to indicate a main event or situation (the rule of three). Astro.com provides a DD-rated chart (which means that the hour of birth is practically unknown). Even without using the Ascendant and Midheaven or Progressed Moon it is obvious that there is crisis going on in the life of the former President of South Africa. This is the list:


Pluto is in the 11th degree of Capricorn. That is 165 degrees from the natal Sun of Mandela (26th of Cancer). An aspect of 165 degrees is a quindecile. A quindecile shows an obsessive situation, a strong focus. Pluto indicates challenges, danger and stress. The Sun means life and health. It is the picture of 'health strongly in danger'.
Uranus is in the 13th degree of Aries (12d5m today) That is 165 degrees from the progressed Sun of Mandela, now in the 28th of Libra. Again you see the difficult quindecile and the Sun (health). Uranus shows unexpected news, tension and change.

Together, Uranus and Pluto are indications of dramatic or intens change.
That is not for the first time and it won't be the last. Complications like sudden fever or infections or accidents and incidents may occur during such a transit.
A new challenge, maybe a dangerous infection.

For the moment transit Jupiter is trine his progressed Sun. Jupiter helps. Jupiter helps you succeed. But Jupiter is often prominently present in the charts of the ill and dying, because Jupiter refers to doctors and to 'the journey' of life or the help 'on the way'. Medications seem to help him, right now, according to his grandson.
(It may also help that he has Pluto rising before the Sun and Moon in Scorpio in the natal chart. Those people don't give up easily.)

The crisis is in the chart. We don't know how this will end. He is very old, but he is also surrounded by doctors. Pluto means crisis, but doesn't give an answer to questions about the result of the stress of a period of life and death. Some survive and conquer the crisis, even at old age. Nevertheless: he is 94! He is facing the final years. Perhaps that is the symbol of:


This is the DD-rated chart with transits and progressions:

Also visit: Astromarkt.net for example about Progressed Sun Aspects or see this blog about Jupiter in charts of death: