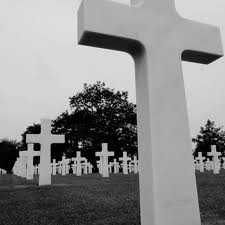 Astro.com has a DD (sic) rated chart of Dwight D. Eisenhower, which means that there is no certainty about his hour of birth. So I use the 'time unknown' version to see how the position of his chart was on the day when the Nazis started to loose the war: D Day (the day of the invasion of Normandy). The movie 'The longest day' is about that important day in history.

Here is the chart of General Eisenhower with transits and progressions for June 6, 1944. Guess what: Jupiter was 'on his side'. Transit Jupiter was sextile his natal Sun. Jupiter is the astrological symbol of success, support and good luck. Also notice transit Pholus, sesquisquare his natal Pluto and semi sextile progressed Mars, symbolizing the intense turning point in war or the starting point (Pholus) of winning the war.

ON THE CHART
Eisenhower was born with Saturn rising before the Sun. He was a serious kind of person, a manager. The brave Scorpio Moon in aspect with Jupiter increased his popularity. The Moon-Jupiter aspect is frequent in the charts of American Presidents (they need to be popular in order to be chosen) and so is the combination of strategic communications: Mercury, Saturn, Pluto. He has Mercury half semi square Saturn and trine Pluto.
The sextile between Sun and Uranus is more than 5 degrees wide (yes, I am strict:) and that means that the Sun is 'calling'. People with a 'calling' Sun tend to take the lead and draw attention or be the star.

Thanks heavens his star was shining on D Day.

With gratitude to all those men who gave their lives and fought to liberate Europe...