Interpreting houses and rulers in transits 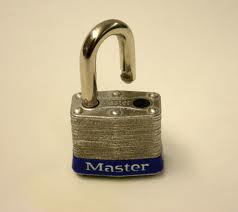 On July 20, 2013 I wrote about making difficult decisions with transit Pluto conjunct Mercury. How can houses and rulers contribute to 'predicting' what could happen and what the result would be? Here is an attempt to unlock the doors of the houses and their rulers by means of the method that Bernadette Brady gives in 'Predictive Astrology'. I am fond of structures and methods as a guide line and I like to test them:).

THE BRADY METHOD
In 'Predictive Astrology' Bernadette Brady describes a method of how to read transits, using rulerships and houses. The natal house is translated as 'source', the transit house describes the situation and the effect/result of it all will be found in rulerships (the houses ruled by the planets involved in the transit).  If you have no planets in a natal house, that house will never be a source or cause for an event in life, with this method. How to deal with that, I wonder? But let me give some examples of the method. Two of the transits already happened. The third one will happen soon and will be a test case of how to use this method.

a. Some difficult decision (my interpretation of Mercury-Pluto) and mental stress related to work/daily pattern/health (6)
b. causes a transformation in my network (11th house)
c. and the result of all that is that nothing will be the same after this (8th and 4th = end) and I learned something or got to know someone or there is intens communication with other people (3/7).

Does including the houses and their rulers give much more information? I wonder... I could have mistaken the 6th for illness and the 8th for death (of myself or of one of my co-workers, relations, sisters/brother, partner or friends. The main issue IS mental stress, work/health related and it seems that Pluto in 6 in the natal house describes more of this transit in the 11th than Mercury does.

II
T MARS AND PLUTO OPP URANUS
When I had transit Mars and transit Pluto in 11 opposition natal Uranus in 5, I knew that I needed dental surgery because of repeating pain. Something had to be done (Mars-Pluto) asap (Uranus), but there was a question mark (opposition).
Let's repeat the procedure:

a. Source (the natal house position): Immediate action with a question mark (opposition) related to things you can't help (12), health (6) and pleasures (5). You see, the dental surgery was scheduled on my birthday! Opposition: the dentist fell and hurt his teeth badly, so that he couldn't help me on the given date.

b. How was the community involved? I had scheduled days off for this surgery and after all this wasn't necessary. We also could have that birthday dinner:)

c. result: rulers 8 and co-rulers 1 and 12 were involved in this opposition. The question (opposition) was if there was a final (8) solution (12) for my fysical condition (1).
(The answer was yes, eventually...:)

III
T VENUS CONJUNCT NEPTUNE RULER 1
On September 1, transit Venus will hit my Neptune (and the Neptune of many of my generation). My Neptune rules the Ascendant and is in the 7th. Venus is ruler 2 and co-ruler 7 (or equal house ruler 8) and in the natal 10th house.

Let us try to predict this:
a. Source (natal house positions) 10 and 7: a public financial or romantic desillusion caused by a partner or any other 'someone else', feeling confused
b. This causes some kind of situation in my relationship
c. Result: my income or what I have will be the victim

There are two complications regarding this transit:

1. I know that it is not a big event
Of course, as Venus moves fast, this transit happened before! I happens every year. I had this on November 13, 2012 and on September 30, 2011 and on August 27, 2010. In fact, this happens every year and I can't remember a good or bad thing about it. But now that I pay attention on T Venus conjunct Neptune, let us see if there is a financial disappointment. It seems that I may be able to get over it and: I promise that I won't check my bank account that day:)! Check the comments after September 1 to see what happened! I will wait a few more days, because it just might be that I am happy about an illusion on September 1 and I the disappointment comes later...

2. The day after Venus will be sextile Sun and Midheaven and trine Pluto.

Do your transits follow the rules and the rulers of the houses? I love to see an example!