Resonance of Uranus-Pluto and Jupiter-Pluto 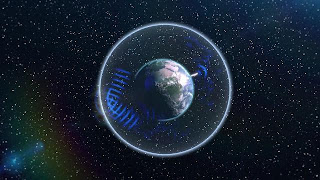 When a transit repeats a natal aspect combination, this transit resonates the natal aspect. It sounds and resounds. It sounds harder on fruitful ground. When you just bought a new car, you see your brand everywhere. When you are pregnant, the world is full of pretty babies. And when you know what being poor is, you have a special eye for poverty, wherever you go. So, when you have an important natal Mars - Saturn aspect and  transit Saturn is square your Mars, or the mundane aspect is Mars conjunct Saturn, you respond.

URANUS SQUARE PLUTO
Now what to expect when there is a certain aspect in the air (like now: mundane Uranus square Pluto) and the same planets form an aspect in your natal chart (like Uranus conjunct Pluto in the 1964-1966 generation)? When Uranus and Pluto are connected to important planets or to the angels, you will likely experience the extreme tension of change and what happens in society might touch you more than it touches others.

I recently wrote about Anthony Weiner's chart. He was born in 1964, in September and Uranus hits his chart by transit now. (See: http://astropost.blogspot.nl/2013/07/the-scandal-in-chart-of-weiner.html ) He is in the news...again and again. And probably bloody nervous.

JUPITER OPPOSITE PLUTO
Jupiter in Cancer will soon be opposite Pluto in Capricorn. The Jupiter-Pluto aspect or midpoint combination is about success, intense confidence and growing values. The opposition adds some question marks. Gaining confidence and support is an issue.

The resonation of this aspect will be stronger when there is a similar combination of aspect with or in your natal chart. For example: when transit Pluto hits your Jupiter or vice versa. Or when you have a Jupiter-Pluto aspect in the natal chart.

Here are two examples of
a. Uranus conjunct Pluto in the natal chart and Uranus in aspect with progressed Sun,
b. AND transit Pluto now opposition natal Jupiter..
They are both in the news. One tries to find support (and buyers of his book). One already found support of his comrades.

1.
Edwin de Roy van Zuydewijn is the ex husband of Princess Margarita of the Netherlands and he is fighting the royals (as they are him: he accuses them of social murder). He is 45 now and there is not one company willing to give him a job. He is poor (his family supports him), lives somewhere in a deserted landscape of southern Europe on a simple farm, only accompanied by his dog Pablo. He is writing a book about his experiences with the royal family (in particular 'uncle Bernhard'). He was on television in the same week that there was (again) a trial against him. There is a whole lot of legal cases against him since his divorce…
Now that he is prominently in the news (even though there are holidays and less public),  transit Uranus is now trine his progressed Sun. Transit Pluto is now opposition his Jupiter. See the chart of the day of birth, transits and progressions.

BTW The Sun of Edwin de Roy van Zuydewijn is exactly conjunct Prince Bernhard's Pluto. It is evident that the Prince used the secret service to 'control' his daughter Irene's son-in-law.

2.
Kristin Beck was born Christopher Beck and a navy seal. She recently had her coming out on the internet. She was born in 1966 with Uranus conjunct Pluto, both square the importance Mars (rising before the Sun). Transit Pluto is now opposition her Jupiter, just like in the case of De Roy van Zuydewijn. Here is the chart of the day of birth, with transits and progressions.

Wow! I never heard about Roy story! I googled it and from what I read it appeared pretty dramatic. All these stories of this guy feeling of being bullied by Beatrix for the commoner-and revenging for it. Did I get it right?

It feels like the royalty has to swallow their own poison. It feels like their feeling of superiority finally strikes them as it leaks out of them in the most politically inappropriate ways. I doubt citizens who value democracy will let themselves be called-in comparison inferior.

I honestly doubt they will be there anywhere in EU in 50 years.

I think people still want royals only because it gives citizens impression that their countries are still big colonial imperiums.

Hi! Think you could post the data for the charts? These charts are unreadable. Thanks! SGX

Just click on the charts for a larger picture showing the data...:)