Resonance and the odd man out in chart Ronnie Biggs 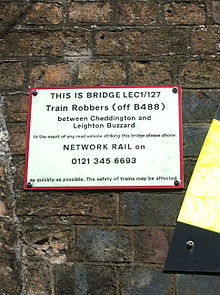 In this post I like to show you the pattern of repeating aspect combinations (resonance) in important times in the life of Ronnie Biggs. Ronnie Biggs is one of the robbers in the Great Train Robbery of July 8, 1963,  about 50 years ago.

The natal chart has Sun-Jupiter and Sun-Uranus aspects. In 1963 (robbery) and in 2001(return to England) there were progressed aspects and transits between Sun, Jupiter and Uranus. The 'echoed' the natal chart's aspects. With Pluto, they mirrored the important events and changes in the life of Biggs.

Jupiter-Uranus often 'assists' to create positive change or allows to see the bright sides. With Jupiter-Uranus transits and progressions there is often 'good luck'.  In 1965 Ronnie Biggs escaped. In 2001 he was taken care of (in prison).
As Jupiter is sextile Uranus, there is a Sun-Jupiter-Uranus combination of the helicopter view, sudden windfall, being inventive and for the successful use of intuition. Jupiter sextile Uranus happens to be one of the tightest aspect in his chart.
When transit Uranus and transit Jupiter hit his Sun and progressed Sun, his life changed in a positive way, again. He came back for health reasons.

CHARTS
Here is his chart (time unknown) with transits and progressions for the day of the robbery, his 34th birthday.
In the year of his escape, 1965, progressed Venus was conjunct his Sun

When Ronnie Biggs returned to England, there were happy (?)  trines in his chart.

SUN TRINE URANUS ALIENATION STORY
Alienation is easy when the Sun is trine Uranus. You can imagine how much independence you need when you move from country to country, unable to return to your family back home, because than he would be sent to prison.  He went back to England, straight to prison and spent 8 of the 30 years of his sentence there until he was allowed to leave because of his age. When he came back, transit Uranus was trine his progressed Sun.
Again, you see the resonance of Sun trine Uranus natal <> transit Uranus trine P Sun. He was a  'foreigner' most of his life. His final statement was made in the book 'Odd man out' ...

Uranus was accompanied by Jupiter, just like in the natal chart. When he came back to England  transit Jupiter was sextile natal Sun, echoing the natal chart's Jupiter sextile Uranus.
Ronnie Biggs has always been regarded as the most lucky robber, because he seemingly had a pleasant life in Brazil and because he never regretted what he did, until he was unable to say it in his own words. Yet, when he came back, he was happy, again even though he lost his freedom. He wanted to be with his family at old age. In a way, he got it his way.


THE SUN PLUTO TRANSFORMATION STORY
There is no Sun-Pluto natal aspect, but the fact that Pluto rises before the Sun creates a Sun-Pluto combination. Pluto's position in front of the sun contributes to seeing the importance of values, money, power and strategy.  At the important moments of his life, Sun-Pluto combinations popped up to show the stress of transformation time.

His progressed Sun was sextile Pluto, which seems to be an appropriate astrological statement for transformation in life, using the posibilities. He also underwent plastic surgery soon after the robbery (a transformation, again). He left England and via Paris moved to Australia and later to Brazil and back again. That was with transit Pluto trine Sun, in 2001.


PS SUN-VESTA
Jupiter and Uranus are in aspect with Vesta (home sweet home Vesta) in the natal chart. In 2001, progressed Sun was quindecile (165d) Vesta, which says: a period of strong focus on domestic issues. Vesta is the symbol of the fireplace, of dedication and of 'home' (where the hearth is).

1. When, in August 2009, Ron Biggs left jail and went to hospital, I wrote about his chart in 'Ronnie Biggs: no more jail'. I found some of astrological circumstances corresponding with his life:
- Pluto rises before the Sun
and money was important!
- Four sextiles and two trines
leading him to the 'easy way' to make a fortune


2. When the combination of planets in a natal aspect is being sort of repeated by transits or progressions, this transit or progression is very important! See the post on Resonance...

3. For those interested in the tight Mercury trine Saturn aspect, see Astromarkt http://www.astromarkt.net/aspects-with-mercury.html

4. My fireplace and Vesta: http://astropost.blogspot.nl/2011/03/vesta-in-time-for-my-fireplace.html