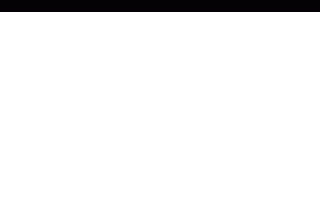 Jupiter has many meanings in astrology. Jupiter is the symbol of successes, growth, wealth, optimism, support, internationality, travelling, being helped and understood, being cured, the doctor, a professor, someone born in another country, progress, overdoing things, overweight, fat...etc. etc. and all that is because Jupiter is big and because Jupiter is protecting the earth by catching many objects coming from space. Your knowledge grows when you study or travel, and when you grow you get bigger, so that is Jupiter (simply stated, of course). Santa Claus looks a lot like Jupiter. Most people are happy when he pays them a visit. So when he passes bye, without even leaving the smallest packet, you feel..eh...skipped, left out, and disappointed. Like I do;(

TO SEE THE DOCTOR WITH JUPITER SEXTILE SUN AND MIDHEAVEN, OPPOSITION PLUTO
I had transit Jupiter conjunct progressed (SA) Sun, sextile natal Sun and sextile MC, exactly on Monday November 23 2009, last Monday, right after transit Jupiter and progressed Sun opposition Pluto in the sixth (house of daily work and illnesses). Mail me for the chart if you want to, I can prove it!

Monday afternoon...That is when I saw the doctor and she told me that I had Mexican Flu (H1N1) but I was on the right track to health. Great, and 99% chance to survive, but great, OK!

Only if I am a cynical astrologer (and sometimes I am) I should translate this perfect transit like this:
'You will have a curable international dangerous illness and you will meet an academic person in that period of time'.
You'd start doubting astrology for less!:)

- Herman van Rompuy (transit Jupiter square Midheaven, becoming a President and a grandfather). http://astropost.blogspot.com/2009/11/eu-jupiters-favorite-van-rompuy.html
- Marc Dutroux, any time when he found a nice judge willing to release him (see the article on Astromarkt). http://www.astromarkt.net/artdutroux.htm
- Genarlow Wilson was released out of prison on October 26, 2007 with transit Jupiter trine Sun. http://astropost.blogspot.com/2007/11/genarlow-wilson-free.html
- A fired mayor in my country just got a new job with progressed Sun square Jupiter, and that was to be expected when he had transit Saturn on his Sun.

So I am certain that there ARE people who benefit (Jupiter-related word, by the way) from Jupiter.

EXCUSES FOR JUPITER
Some say that Jupiter and/or the Sun need to be prominent in the chart to have an effect of Jupiter-Sun transits. My Jupiter is conjunct Ascendant, quintile Sun on Midheaven! Are these placements prominent, or aren't they!? Last transits of Jupiter conjunct natal Sun was in November 2007 and I can’t recall that there was an important issue at the time, except that we planned a renovation of the house. Jupiter makes me aware of a positive perspective, perhaps. I have seen athletes being tested 'positive' with Jupiter, too:) Uhmm...that is one excuse.

There are many more excuses for Jupiter to skip my door and chimney or just drop a curable version of the flu instead of something that I call 'big' or ‘comforting’.
- Sextiles are the symbols of 'letting go' and 'the easy way out'. I had progressed Sun sextile natal Sun (yes, I am coming of age...:) and sextile natal Midheaven. Maybe the sextile is no good for health issues. Maybe Jupiter came bye just in time (HAH!)
- Conjunctions with progressed Sun or SA Midheaven are not as influential as those with natal Sun or Midheaven (in my chart)
- The focus on the 6th house (Pluto in the sixth, Sun ruling the sixth)
- The fact that statistics (and experiences from the past) don't work the other way around. It is easier to post-dict than to pre-dict...I shouldn’t try to predict my own future either.
- What else could I have expected with this transit, anyway? The examples that I see in my books and on the internet speak of 'being positive' and 'contentment'.
- The doctor judged that I had H1N1 (because all of the symptoms were there). Maybe that is about enough to expect? Maybe I should be grateful? (I am, I am!)

Yes, I keep looking for excuses and I humbly keep waiting for Jupiter to send me a forgotten present by mail. Perhaps with Sinterklaas (December 5) or Xmas? Who knows? I can still make fun of it, but all the while, I am still desperately coughing...

RELATED
About Mexican Flu and Jupiter...

About Jupiter and positive athletes….http://astropost.blogspot.com/2008/10/sun-jupiter-connection-with-doping-new.html and latest story about Agassi, Jupiter and his chart...

PS I hope that I haven't started to live 'under the Moon', just because my progressed Moon is almost changing sign and almost conjunct Aries Point and now semi square progressed MC? About living under the Moon, see the post (link)...