Pholus and the chart of Zu Guttenberg 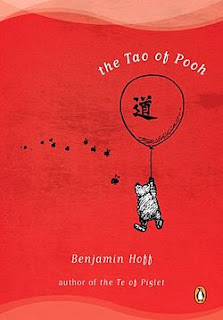 You know that now that I found out about Pholus, I can't stop seeing this asteroid's importance. The next part of this post was written in March, but I forgot to publish it. It is about a German politician, now moving to the USA, who had to step back when the public found out that he didn't actually write his dissertation himself. If he had not wanted to become a Minister, perhaps nobody would have known. But he did, with transit Pholus conjunct Sun. Pholus is (slowly) creating a turning point in life or implicating change when there is a transit with the Sun. And Pholus is the centaur who shot himself in the foot. Sometimes that is what happens with transit Pholus, when you look back at it...That is why it is important to consider  the consequences of whatever you do when Pholus is around...I will have transit Pholus on my Sun with Xmas 2012, end of June of 2013 and again in November 2013. That is a long year to remind myself of consequences...I bet that when I look back at that period, I will think:"If I hadn't..." or "If I had...". Maybe the best thing to do is to do nothing at all or at least not to make any efforts (very Tao:).


Here is the story of the 'Zu Guttenberg-affair' for those interested...

The German Minister of Defense, zu Guttenberg, had to resign after it came out that he had used other peoples text in his dissertation, without mentioning it.

He was awarded the doctorate in law in 2007. That was with progressed Sun semi quare Neptune and Quaoar, a rather negative combination. The progressed Sun had just been square Uranus and in the progressed chart Saturn was square Pholus (read this as an error that would grow, seen in retrospective).

Perhaps he could have kept his doctorate if he hadn't become famous in politics, later. Looking back at the moment that he joined Merkel's government, he'd better have said no. It was THE turning point in his life, illustrated by the transit of the symbol of turning points: Pholus! Transit Pholus was conjunct the Sun.

When moment in life are important when you look back at it, Pholus is often part of the astrological picture. The death of J.F. Kennedy is a marking point in the 'making of Obama as a President'. He remembers this moment as important for his political career. Kennedy became his idol. See: http://astropost.blogspot.com/2010/11/pholus-and-retrospective-impact-of-jfks.html

There are a number of examples of the 'Pholus-effect' on Astromarkt and here (use the label), like John Terry (footballer who had an affair with his best friend's wife. I wonder how he will look back at that later...). Some quotes:

9. en 10. T Jupiter and T Pluto with Venus (maybe he still gets a lot of support)