Divorce in the charts of women 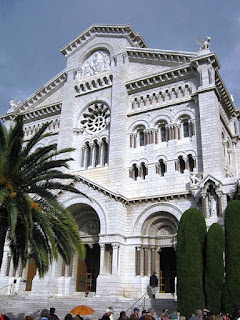 The Grimaldi sisters (the daughters of Princess Gracia of Monaco) aren't happily married right now and separated/divorced before. They are not very lucky in selecting partners, up to now. They were born with in their charts many, if not all of, the indications of possible divorce for women.

Afflictions between Sun and Mars, Sun and Uranus, Venus and Uranus and affliction between Mars and Saturn are the specific indications for divorce or an ended marriage in the chart of women. Men's charts with afflictions between Maan-Saturn, Moon-Neptune, Venus-Neptune and Mars-Uranus are more often the charts of divorced men. In general the position of Venus in Aries and Mars in Libra, and hard aspects between (the rulers of) the first and seventh house resonate difficulties in marriage and relationships. There are many examples on the blog Astrology&Love. This blog is about the Princesses Caroline and Stephanie and divorce in their charts.

CAROLINE
When she was born the chart of Princess Caroline of Monaco had all the indications of difficulties in marriage and relationships that women can have:

1. Sun afflicting Uranus
2. Mars sesquisquare Saturn
3. Venus 157.5 Uranus (that is a sesquisquare + a half semisquare)
4. Jupiter is in Libra and in the 7th house (multiplying the number of marriages)
(5. Sun is (wide) square Mars. This aspect is out of sign.)

Caroline Grimaldi first divorced. Her second husband died in a car crash. She is now living separated from her third husband. Here is her chart.

Her sister Stephanie married twice and divorced twice. Her third child has an unnamed father. In her chart we see 3 of the indications for women and an affliction between the rulers of the first and the seventh house. She has Saturn in the 7th house instead of Jupiter. There is a quintile between Saturn and Jupiter, illustrating a creative way to deal with hierarchy.

The fact that the sisters both have Sun afflicted by Uranus shows that life with the protocol won't be easy for them and that it might also be hard for them to have a long lasting contact together.
Quoting my article about sharing aspects:
Sun and Uranus shared in aspect might indicate joined rebellion. How long this will last in a proper family home in a suburb, especially when the aspect is hard? But in a group of inventive people or in a place where news items are made you certainly can go for ‘sensation’ together. This relationship could have an unusual start. But too much tension could lead to stress, even if the surprises are nice. Both being independent and willing to be free it will be hard to stay together as a couple. With harmonious aspects this tendency for doing things the way you want it, will be tempered.

There was a period when Stephanie was not allowed to see her family.


PS I learned the mentioned indications for divorce from one of my first lessons in astrology in the seventies (source was the School of Ram, see history of Dutch astrology by CHTA).
Geplaatst door Astromarkt op 11:57 AM