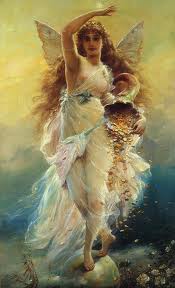 Jupiter/Uranus has proven to be solid as gold when it comes to happy surprises for the accused in a case. Even when Transit Saturn is inconjunct Midheaven and even when there is a Sun sesquisquare Saturn in the progressed chart, one can be acquitted if there is enough Jupiter-Uranus.

Casey Anthony still has to spend time in jail (and perhaps the transit of Jupiter in March 2012 sets her free), but she will not be executed. That is a relief for her, of course and reliefs are related to Jupiter-Uranus combinations (the 'Thank God' construction).

Yesterday Casey Anthony had transit Sun trine Progressed Jupiter and square natal Venus. It was a good day. But that is 'peanuts'.  The starring role is for the Jupiter-Uranus combination:

1. In the progressed chart (here above) the Moon is sesquisquare Jupiter/Uranus midpoint
2. Transit Jupiter and Uranus (with Chiron) are in a less than 1 degree orb aspect with the natal meridian (MC/IC)
3. Transit Pholus conjunct natal Jupiter/Uranus apparently promises a positive turn, too.

Here is the progressed chart with transits. For the natal charts, see the links (scroll down).

Casey Anthony's acquittal is surprising, but can be explained. There was not enough (or no) direct evidence against her and she doesn't look like a murderer (she is pretty), so there was reasonable doubt, even though instinct tells you that there is something very wrong and that she is lying. The sudden turn in the case of Dominique Strauss-Kahn was accompanied by Jupiter-Uranus as wel:

1. The transit of Jupiter conjunct his Sun and

In the case of O.J. Simpson we see the same Jupiter-Uranus combination on the day that the jury found him not guilty:

I tend to believe that there is no stronger effect than Jupiter-Uranus. It always helps, but perhaps it helps you more when you happen to be a black idol, a beautiful young woman or a rich and famous man.
When I had Uranus conjunct Jupiter I had great news about my health and I won't forget that day. It felt as if I was acquitted, facing a  ' death sentence'. But maybe that is because Jupiter-Uranus is important in my chart (Jupiter/Uranus in hard aspect with Sun, MC and Moon, ruling Sun and Moon, Jupiter angular conjunct Ascendant and Uranus the focal planet). So let us see if Jupiter-Uranus is also important in the charts of DSK, OJ and CA.

DSK
In the chart of Dominque Strauss-Kahn Jupiter and Uranus are in minor aspect with Midheaven (sesquisemisquare -67.5 and binovile), with an angular Jupiter in Aquarius, on the Descendant.

OJ
In the chart of O.J. Simpson Jupiter is angular (opposition MC) and Uranus rises before the Sun. The midpoint of the prominent Jupiter and Uranus is in aspect with the elevated Mars.  The Sun is trine Jupiter and half semi square Uranus. Here is the chart with transits and progression for October 3, 1995:

CA
The chart of Casey Anthony has Jupiter rising before the Sun. Uranus is in Sagittarius (ruled by Jupiter). Jupiter and Uranus are in aspect with Mars and (very tightly) with the angular Pluto on IC.

LINKS
http://astropost.blogspot.com/2011/06/chart-with-time-of-birth-for-casey.html
More about the natal chart of Casey Anthony.

http://astropost.blogspot.com/2008/09/astrology-chart-of-oj-simpson-actor.html
The important minor aspects in the chart of O.J. Simpson

http://astropost.blogspot.com/2011/07/sudden-windfall-domique-strauss-kahns.html
The acquittal of DSK and Jupiter-Uranus

Turns out that O.J. had a pretty lengthy craptastic life after his case. My only hope is that Casey Anthony has a similar fate befall her. It's the least karma can do.

what I thought of when I saw the above chart at the top of the page was what is called in psychology
"the dark triad"- all the triangles made me think of such.

basically she is a sociopath, and no low level beginner, we are talking damien omen level- all the
life-long shallowness and selfishness, along with lying as natural as blinking and the characteristic flat eyes and limited and childlike emotions as well as the concept of empathy just not being there
Look on you tube for her appearance at a birthday party when she was a child, she is scary even as a little kid- you can tell something is missing. Also see http://www.democraticunderground.com/discuss/duboard.php?az=view_all&address=245x141959