Mars, Eris and the chart of King Harald V 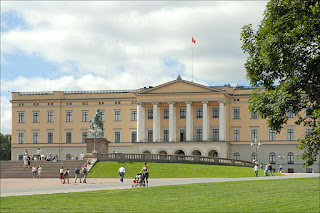 Transits with the chart of King Harald V are resonating the situation: bombs and shootings in a peaceful country. Mars is inconjunct his natal Mars. Eris in also inconjunct Mars. The midpoint of transit Mars/Eris is inconjunct natal Mars. And there is also transit Mars square his Saturn.  Mars-Eris-Saturn with Mars: it is the combination of a depressing act of aggression. The King of Norway was confronted with this today. See CNN for an impression.


1. MARS INCONJUNCT MARS
'Dreadfully cut up by it' is the translation of a Dutch word ' aangeslagen' a variety of 'aanslag' = attack. I see Mars inconjunct Mars in the chart of the Norwegian King Harald V today and tomorrow. He has been taken to a safe place, out of the palace in Oslo. When Mars hits your natal or progressed Mars there is always the risk to get hurt. If it is not your body, it is your mind...

2. ERIS INCONJUNCT MARS
There is a second indication for the events of today: Transit Eris is inconjunct Mars. Mars-Eris is the combination of an act of war (see the chart of Pearl Harbor). Mars is the symbol of aggression. Eris is the symbol of discord. When they join forces, there is aggressive discord.


3. MARS SQUARE SATURN
Mars square Saturn is an attack on the status quo and a sometimes deadly combination. In the king's natal chart Mars is exactly trine Saturn. That means that he is a disciplined person, seriously doing his duty and acting with caution.

Here is the chart of the King of Norway. Like many other royals he has an important Jupiter (angular, on the Descendant and rising before the Sun and Mercury). This is reflecting the international contacts (and traveling) and the privileged position that royals have. Ceres (symbol of the dynasty) is 'calling' and quindecile the angular Moon in Cancer, ruler 1. That seems to be an appropriate discription of the importance of inheritance and genes. There is also an important  Venus square Ascendant, elevated. All pleasant positions for a pleasant kingdom and a beautiful country, now upset by terror.

LINKS
http://astropost.blogspot.com/2010/12/chart-of-pearl-harbor-december-7-1941.html
The importance of Mars and Eris in the chart of the attack on Pearl Harbor

http://astropost.blogspot.com/2011/01/mars-and-eris.html
More about Mars and Eris in personal situations

http://astropost.blogspot.com/2011/03/disaster-japan-and-emperors-chart.html
The chart of the Emperor of Japan also resonated the situation after the disaster of earthquake, tsunami and nuclear plants.