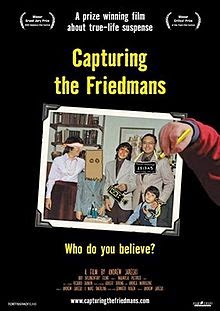 Looking back at earlier posts I noticed that some of them just haven't been noticed, yet. Today these posts get another chance. Of course, not without editing them.

Today's second chance post is about 'Capturing the Friedmans', a documentary about a peculiar child's abuse case. 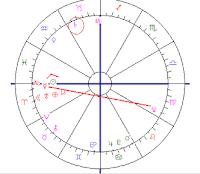 Capturing the Friedmans, is a documentary that I saw yesterday. Arnold Friedman (born 20th March 1931, see the documentary about his birthday and the stone on his grave) and his son Jesse were convicted in a very peculiair childs'abuse case.

But:
There was no fysical evidence at all and some of the statements were clearly false!  Still, they were convicted after pleading guilty in order to prevent a sentence of life in prison. Later, Arnold Friedman killed himself in jail. He presumably killed himself, so that his son would get a sum of money to start all over again when he got out of jail and the best part of his life was over).

The astrology
a. the transits and progressions
- In 1995, the year of the death of Arnold Friedman, Solar Arc Mars opposed his natal Sun. It is the symbol of injury.
- In 1984, transit Neptune squared Arnold Friedman's natal Sun. That is an indication of being seen in a negative light.  As soon as people turn into suspects, Neptune is there. Neptune is also there when there are mysteries, when the media is involved (too much) and when certain things remain unsolved. Neptune is the symbol of mist.
'Capturing the Friedmans' was a very interesting movie that leaves you wondering. It might be caused by the ambiguous attitude of the film maker, who still refuses to tell the audience whether he considers the Friedmans' guilty or not. But anyway...thanks to that movie I have a DOB.
b. natal chart
Arnold Friedman's chart has a prominent Sun in the final degree of Pisces, close to Zero Aries and trine Mars. Saturn is the 'oriental planet' (the first outer planet rising before the Sun). This Saturn is in Capricorn and afflicted. He was a conformist in the first place (a tiny man with hugh glasses). He was a valued teacher before 1984.