11:45 AM, that is what Astrotheme says about the hour of birth of Mariah Carey, born March 27, 1970 in Long Island City (NY). Astrodatabank however uses the X for the day and hour of birth. The Astrotheme data give the following reflections of 'being pregnant'":

Could this 11:45 a.m. chart also fit a singer like Mariah? I think that it does. Continue to read about that and about the (lack of) match between the charts of Mariah and the natal positions of her first husband.

There are a lot of indications for a career in entertainment and for success, such as Sun/Moon square Jupiter. Passion, being sexy and relationships are a strong drive behind her career. At least, that is how the 'calling' Venus and Mars (in mutual reception and disposing of Midheaven) manifest themselves here. In combination with the importance of vocals, the creative sensitivity. The artistic pattern is constructed by Moon conjunct Neptune in the fifth house, by the passionate mutual reception of Venus and Mars (the rulers of the Midheaven routing), starting with the MC in Pisces. Neptune is 157.5 degrees from ASC/MC and Mercury (for writing or singing) 67.5 degrees from Sun/Moon. The Moon is in the fifth house of performance and show, conjunct Neptune (the planet of arts). 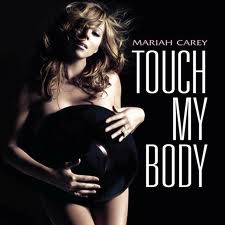 3. Venus and Mars both are the final dispositors of Midheaven (because of the mutual reception)

BTW Venus is half semi square Mars (for passion in general).

The fact that Venus and Mars are 'calling' and ruling Midheaven shows the chance that her career could have a boost (any level possible) and that relationships had an important role. She married and divorced the man who 'discovered' her: Tommy Mottola.

MOON CONJUNCT NEPTUNE IN 5th HOUSE
The creative sensitivity and sense of art in the field of show and entertainment (5th house) is related to the career. The moon in the 5th house shows a need to be in the center of attention.

Moon conjunct Neptune (sensitivity)
Moon trine Midheaven (popular, fashionable)
Neptune trine Midheaven (music,empathy or art related to career)
The 5th house is the house of creations and also the house of children. Neptune in this house seems to point at a greater chance of adopting a child or 'artistic creations' of pregnancy.

CRUCIAL IMPORTANCE OF VOCALS (MERCURY)
AC/MC square Mercury and square Pallas (the importance of communications - writing + voice). Pallas is often important in the charts of artists.

OPPORTUNITY
Lot of people have talent and looks, but they never had the opportunity...Mariah Carey has Sun/Moon with Jupiter, but others do and they don't have her career...That is because Mariah Carey has more...

Uranus opposition Midheaven with Jupiter inconjunct MC seems to me to refer to the sudden windfall that brought her into contact with producers. She was only 18 when she met her producer and later husband...
Jupiter-Uranus is the combination of sudden success.Being inventive (Jupiter-Uranus) might contribute to her career as well.

DIVORCE
Mariah Carey married and divorced Tommy Mottola, her first producer. She met him in 1988. Here is her chart with his positions in green:

They didn't match much. Her sun in Aries, his in Cancer. Her Moon in Sagittarius, his in Pisces. Her Mercury in Aries, his in Cancer. Her Mars in Taurus is novile his in Gemini (and the novile is for joy), but Venus 112.5 (square and half semi square) Venus separated their ideas about style. Notice that his Saturn is inconjunct her Midheaven. Saturn is the symbol of age, restrictions and goodbye's. The story goes that he restricted her in many ways. After the divorce she started dressing more sexy than ever. Anyway, she divorced (natal Sun opposition Uranus, Venus quindecile Uranus; two out of the four indications for possible divorce in the chart of women...*).

Sun opposition Uranus is on the vertical line in the chart (the MC-IC axis). She divorced the man who made her a star, after alienation.

More love and romance with astrology on this blog Astrology& Love...

NOTES
*) the other indications are Sun-Mars and Mars-Saturn afflictions/conjunctions and/or afflictions between the first and seventh house.

**) Venus and Mars are in each other's natural sign, so in 'mutual reception'. That brings them together.

***) Calling planets can't be missed! They show themselves at any possible level and very often they are reflection a vocation. (c) http://astropost.blogspot.com
Geplaatst door Astromarkt op 11:18 AM