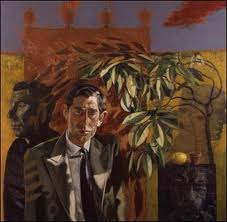 First there were the polls (about the people wanting William instead of him to be the next King) and yesterday the car of Prince Charles and Princess Camilla got stuck in the middle of student riots (see the Huffington Post). You'd expect something (but not too much) in the chart. Nothing really changed, nobody got hurt. That is perhaps the reason why there is only one transit: transit Pholus is on the progressed IC (opposition Midheaven). Pholus-MC is the symbol of the turning point in a status or position, but often in retroperspective. In the progressed chart of Prince Charles the Sun is almost conjunct Pholus. (Transit Pholus is almost opposition the progressed Midheaven of the B-rated chart of Camilla, too.)
Here you see the chart and the global reading of the chart of Prince Charles. Continue for more…

ASTRO ID
Every chart has ‘special  marks’ and those special marks are the Astro ID. The Astro ID of Prince Charles is marked by three prominent positions. Together, and in aspect with Midheaven, they are part of the pattern of artistic talent in his chart:
-   The elevated Moon in Taurus
-   Venus angular in Libra (on the IC)
-   Neptune in Libra most prominent (rising before the Sun + conjunct IC)
-   Venus is conjunct Neptune
-   Moon is quindecile Venus and Neptune
If you would not know that this chart is that of the next King of England you’d see the artist and the exciting (Uranus) love affairs (Moon-Venus-Neptune). (Neptune doesn't seem to be the most desirable planet on the meridian in the chart of a future king. See for example what Skyviewzone has to say about Neptune opposition Midheaven. Charles is 62. While other men stop working, he is still waiting for the promissed job...).
Prince Charles is a romantic person and an artistic talent. See Art&Astrology for more. And see Astrology&Love about Prince Charles in love and marriage. Venus-Neptune and Moon-Neptune are two of the four aspect combinations in the charts of divorced or not marrying men (the other two are Mars-Uranus and Moon-Saturn). With two or more of these four indications and/or afflictions between the houses 1 and 7, the first marriage risks to end in divorce. *)

LINKS
Astrology&Love on Charles-Camilla: http://astrology-love-romance.blogspot.com/2009/05/prince-charles-and-his-camilla.html
Orcus, symbol of broken oaths and the charts of Charles and Diana: http://astrology-love-romance.blogspot.com/2010/08/orcus-lothar-matthaeus-charles-and.html
Also visit: Astromarkt.net for example about William, Kate, their charts and the wedding...
*) In the charts of women indications for possible divorce are aspects between Sun-Mars, Sun-Uranus, Venus-Uranus and Mars-Saturn and of course afflictions between the first and seventh house. More of these indications, more difficulties to remain married...
Geplaatst door Astromarkt op 6:43 PM