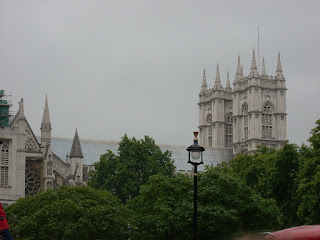 Preachers are religious persons who try to convince their audience. They look alike, at least: their charts do. I have several examples and the chart drawing of Oral Roberts, one of the first famous television preachers. What they share is the Jupiter-Neptune and Mars-Jupiter combination, and a prominent Saturn. Oral Roberts has a grand trine of Mars-Jupiter and Sun and the Sun is in aspect with Jupiter and Neptune. His Saturn was ‘calling’…And he had a controversial Mercury semi square Uranus, too. He died in December 2009. But first the preaching Sagittarians, born in the first 5 days of December.
THREE SAGITTARIANS
In the first 5 days of December, three more or less important preachers were born: Johannes Maasbach (5 December 1918), Karel Hoekendijk (1 December 1904) and Benny Hinn (3 December 1952): Sagittarians! Sagittarius is made to convince others and that is what they tried to do. Just like in the charts of Martin Luther King and Billy Graham, Saturn was/is important in their charts: Saturn is rising before the Sun in the charts of two of them and sesquisquare Zero Aries in that of Hoekendijk. Jupiter-Neptune is the combination of believing audiences and of course Jupiter-Neptune is important in their charts, too:
- Hoekendijk has Sun inconjunct Neptunus in Sagittaruius and the Mooon is in Sagittarius, too, square Neptune..
- Hinn has his Sagittarian Sun inconjunct Jupiter and Jupiter is quatronovile Neptune.
- Maasbach’s Sagittarius Sun is inconjunct Jupiter and trine Neptune.
It takes a drive to convince others and in astrology that is Mars-Jupiter. Warren Jeffs has it, Robert Schuller (Mars quintile Jupiter) and his son (Mars opposition Jupiter) have it. Albert Schweitzer also had this Mars-Jupiter drive. All three of the examples in this post have a Mars-Jupiter aspect, too:
Mars square Jupiter (Hinn)
Mars opposition Jupiter (Maasbach)
Mars quindecile Jupiter (Hoekendijk)
All three had differences of opinion with the official religious institutions and expressed certain unique indeas. All three have a Mercury – Uranus aspect (Hinn sesquisquare, Maasbach septile and Hoekendijk the conjunction).
I doubt that they would like it, but their birth positions strongly show the drive to convince others.
I happened to see a documentary about ' The American Dream' and one of the mentioned personalities was that of Oral Roberts, who healed a crippled boy who later became a soldier (the grown up was interviewed later). True or false? Who knows… He was a TV pioneer and founded a multi-million dollar ministry and university.
ORAL ROBERTS

This is the chart of Oral Roberts, the healing preacher man. It is the perfect chart for a healer, with AC/MC in aspect with Chiron and Sun/Moon semi square Mercury for communications. I like the 'calling' Saturn, too. Saturn is always prominent in the charts of ‘fatherly’ persons. And Oral Roberts’ chart has a grand trine between Sun, Mars and Jupiter for the drive to convince others, and for success, of course. The grand trine and Jupiter in the 2nd house speak for themselves.
The Sun is in aspect with Jupiter and Neptune to mirror the devoted audience, fans and followers. The combination of Sun, Neptune and Pluto’s aspects can be seen as spirituality and the fact that there are afflictions like Sun opposition Neptune tells us about the scandals and rumors about his fund raising and miracles. And oh yes, just like the three ministers of my example above, he had a Mercury-Uranus conflict in the chart (a semi square). He died last year, on December 15.
HOW ABOUT YOU?
You need not become a preaching television minister if you have a Mars-Jupiter aspect, a Jupiter-Neptune combination and a prominent Saturn. You could use your capacity to control, convince and 'believe' in your daily work as a an entrepeneur, a successful actor or manager. Charts have to be regarded in the light of the background, gender, gene and social position or culture. A Mercury-Uranus conflict is more difficult in a restricted situation and a Jupiter-Neptune combination only helps to dream a lot about beter life after life when your situation is real bad. The chart of Oral Roberts could have been the chart of a successful businessman, too, and in fact, that is what he was, too...
LINKS
ASTROMARKT
- Sun-Neptune: Living a fantasy
http://www.astromarkt.net/index.php?id=102
- Jupiter-Neptune on Astromarkt:
http://www.astromarkt.net/index.php?id=120
ASTROPOST
- Martin Luther King on this blog   http://astropost.blogspot.com/2008/04/in-memory-of-martin-luther-king-who.html
- Crystal Cathedral
http://astropost.blogspot.com/2010/10/bankruptcy-of-crystal-cathedral.html
- Prominent positions in a chart (like rising before the Sun, angularity and 'calling' planets)
Also visit: Astromarkt.net
Geplaatst door Astromarkt op 10:47 AM