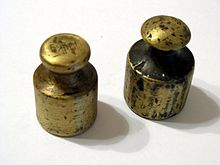 This year and next year (till October 5, 2012) Saturn is in Libra and that means that for whoever is born with Saturn in Libra it will be hard to decide anything. But also for others, because Saturn is serious company. So: time for tossing and turning, throwing coins, asking oracles and horaries...


SATURN, LIBRA AND 7th HOUSE
With Saturn in Libra  in the 7th house the field of the hard choice is relationships. For someone with Saturn in Libra in the 7th it will not only be very hard to be sure if the partner is the really really one and only Mr. or Mrs. Right. He or she might have to make a difficult choice one day, a go or no go, or a stay or leave. And most often the sense of duty, or parenthood, will keep them in their position. Saturn in Libra will eventually find a balance, but until then it might be hard to weigh it all.


A good exemple of someone who didn’t seem to hurry to officially get married, is Prince Albert of Monaco. He already has children with two women and a fiancée and he married in 2011, age 58! He has Saturn in the 7th house (but not in Libra). Of course, you have to be cautious who to marry when this woman will be the mother of the next Prince...

In some parts of Europe people use NOT to get married these days, even if there are children. They don’t get married because they feel they don’t need an official license (and they don’t, as there are other ways to make financial commitments). Maybe it is also because of the fact that the church has less and less influence in the last decades of the Age of Pisces. In Denmark 60% of the children are born out of wetlock. Parenthood and marriage has split. Fathers and mothers call each other their ‘ friends’. Two generations ago they called each other ‘ mother’ and ‘father’, sometimes even when the children weren’t around! The roles of the individuals in a relationship changed. They are no longer parents, they are partners. That is what started with the Pluto in Libra generation, at least: that is when the crowd followed the pioneers. Read about it here:
http://astrology-love-romance.blogspot.com/2010/06/little-married-and-more-saturn-and.html

But, when you are the King-to-be, you should get married, even or especially with Saturn in Libra, the symbol of the contract in the marriage, the duties, obligations and responsibilities for a partner and the endurance of relationships, ' in sickness and in health'. That is why it is so hard then to select the right one.

LINKS
About Saturn in a relationship
http://www.astromarkt.net/index.php?id=116

About Venus (ruler of Libra) in aspect with Saturn
http://www.astromarkt.net/index.php?id=137

http://astrology-love-romance.blogspot.com/2010/06/little-married-and-more-saturn-and.html
This post is about the (different stades of) transformation in marriage, Saturn and Pluto in Libra and a book that shows the different reflection of the 1982 transits in different parts of the world.

http://astropost.blogspot.com/2008/04/libra-all-about-sun-sign-libra-moon-and.html
Quote:
Saturn in Libra
A heavyweight hanging in a balance just asks for contra weight or else ends upside down. Company and partnership is very important for you and sometimes a burden load. You feel obliged to be loyal and like to make contracts to be sure of the other person (and yourself).