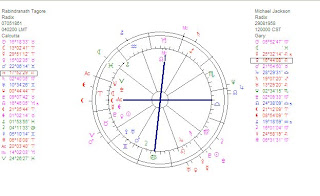 A few quotes from the works of Tagore:

"Death is not extinguishing the light; it is only putting out the lamp because the dawn has come.”

I never read Tagore, but I read his chart on Art&Astrology...