Chart of a hippopotamus

Astrology works for animals, too. I started a small blog in Dutch to show the correspondence between the charts and transits with the lives and deaths of animals like cats, dogs, lions and eliphants. The latest post is about Tanja, the hippopotamus born in Artis Amsterdam, who died age 49 on Xmas Day, due to the effect of ailment of the skin. She was born June 2, 1960. On that day Venus was inconjunct Neptune (reflecting the ailment) and Saturn was inconjunct Uranus (reflecting a possible restricted freedom, very appropiate since she was born in captivity and lived a life behind in a limited area in a Zoo). But there was also a Moon trine Jupiter and conjunct Pluto, mirroring her enormous popularity. She even had a Hyves! Here is the chart of the day of birth, with progressions and transits in a triwheel. 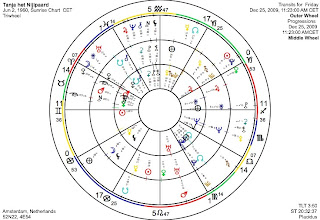 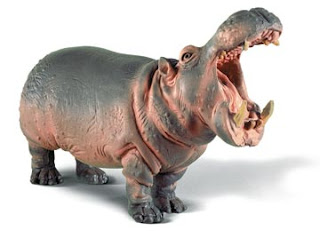 Tanja died in a period with transits resembling the composition of planets in the natal chart:

In the natal chart Mars is square Saturn and trine Uranus, with Saturn inconjunct Uranus. Often, when a certain pattern is being repeated by transit and/or progression, an important event takes place. In this case, for this animal in her circumstances, the mirrored combination accompanied death.

Email ThisBlogThis!Share to TwitterShare to FacebookShare to Pinterest
Labels: Animals, Life and death