The Moon and the women in Tiger Woods' chart

Again and again I see minor aspects having major impact and I see how minor aspects reveal the real person behind the chart. In Tiger Woods’ chart Jupiter in the 7th house is reflecting a trend to have more than one partner (see the post about that), but at first sight he doesn’t have the usual aspects for divorce*) in the chart of man. But, at second sight… 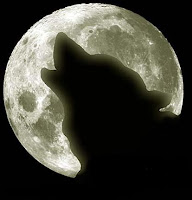 Tiger Woods’ prominent Sagittarian Moon (opposition Midheaven) IS afflicted by Saturn and Neptune. There are parallel aspects. Moon is parallel Neptune and contraparallel Saturn. That gives him 2 out of 4 potential problems to keep a relationship going. It means that parallels and contra parallels have an effect. It is as if there is a need to escape (Moon-Neptune) and a lack of sens of responsibility (Moon-Saturn).
David Letterman has the same kind of afflictions and he also came to confessions during aspects with Uranus.
See about Confessions of David Letterman

INTENSE NEED TO BREAK FREE (discretely)
There is another difficulty. That is Moon quintile Pluto. This aspect expresses strong needs and a creative way to submit to these needs. He is rich and famous enough to be able to get whatever he needs. The intensity of habits can be a domestic problem. See the post about Moon and Pluto…
Uranus on his Descendant disturbed his relationship in a shocking way. Uranus is semi square the Moon in the natal chart. Perhaps he needs tension, excitement and adventures. He needs changes and different stages. His personal life is rather hectic. Maybe he found those needs in matches, before. The combination of minor aspects of Moon with Saturn, Uranus, Neptune and Pluto could be read as a need to break free in a discrete way. Unfortunately, Uranus is for exposure. And with transit Uranus opposition Ascendant there is a slight chance that your ‘ ways of doing it’ will be exposed.

AC/MC and Pallas
There is hard aspect between the crucial midpoint AC/MC with Pallas, symbol of patterns. I think that his abilities on the field are related to being able to see patterns. Pallas is often important in the charts of artistic and talented persons who need to be able to see matching lines and structures. On Art&Astrology you may find several examples of that. The transit of Uranus is about to hit Pallas and later AC/MC. Maybe a certain pattern (Pallas) will change and maybe there will be a completely new Tiger Woods when Uranus moves on to find another celebrity to be the next hype on the internet. In the meantime Uranus has offered both Tiger and Elin a chance to make a fresh new start.

RELATED:
Do Tiger and Elin match? No they do not!

I want to point at the earlier post about Matt Damon. Matt Damon is a man in control. Matt Damon has Moon trine Saturn and that makes it easy to control needs. Tiger Woods’ Moon contra parallel with Saturn works as an opposition. It is a ??? if he manages to control his needs…Apparently he can’t.

*)What are those aspects? They are: Moon afflicted by Saturn and/or Neptune, Venus afflicted by Neptune and Mars afflicted by Uranus, according to late Dutch astrologer Ram (and indeed, it is still valid). (A conjunction with difficult planets should be regarded as an affliction.)

PS As I accidently published an earlier concept (without image) I had to partly rewrite the original post.
Geplaatst door Astromarkt op 3:00 PM