Gordon Brown and the elections 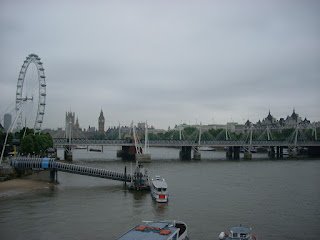 ELECTIONS WITH TRANSIT PLUTO ON MIDHEAVEN
The politicians won't drop him, but there will be elections before June 2010. That is when transit Pluto hits his Midheaven. His progressed Midheaven is about to conjunct his Sun and to be inconjunct Saturn, hitting the inconjunction of the natal chart. That makes his position hard, compared to that in September 2008. He may be blamed by the public. Often Pluto complicates things and perhaps he will have a difficult time in spring 2010. But Pluto also often means 'come back', however difficult. Should he have to return to parliament and step back later, with MC inconjunct Saturn? With Uranus on the MC of his solar return for 2010, the results may be surprising. It was a surprise that he became MP, too.

Gordon Brown came back before. He is like Jumping Jack Flash, but...

There are more and more signs that Gordon Brown will loose the elections and that he will have to get used to another life style, just like his progressed Sun (changing sign!) tells us that he will. The combination of transit Pluto on Midheaven and Progressed Midheaven inconjunct Saturn is at least a difficult one. There is stress (Pluto) and there is a big chance of losing status (inconjunction with Saturn). Saturn-Pluto-combinations in politics often reflect the hard sides of politics. Falling down is a hard thing. And there are no helping transits whatsoever.

I noticed that he has a very charming wife, btw. She is born October 31, 1963. On that day Venus didn't make major aspects so that beauty, taste, style and charm could develop and grow to any possible level. That important Venus is trine her husbands' Venus and Mars. She may like his passion. But, with transit Uranus square progressed Sun her life style is changing, just like his. They share an aspect between Sun and Uranus, so perhaps together they will be more than able to 'survive' a change.