From G-spot to P-spot in the chart of Grafenberg 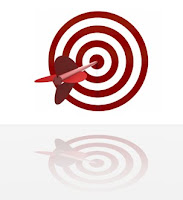 The latest results of a study to find the location and significance of the G-spot failed to prove it’s existence. The G-spot is named after Ernst Grafenberg, a gynaecologist born September 26, 1881 with the Sun in the 3rd or 4th degree of Libra and a Scorpio Moon. The rulers of Libra and Scorpio are Venus and Pluto. Venus was tightly square Pluto on that September day in 1881. That is just as important for the G-spot as the transits of Saturn and Pluto (conjunct and square the Sun of Grafenberg) today.

VENUS SQUARE PLUTO
Venus and Pluto in aspect reflects the issue of earning money, values, difficult choices and problems with relationships in general. High demands make it difficult not to relate stress to women, love and preferences. And perhaps Venus-Pluto also makes a problem or a study (Pluto) of pleasure, fun and making love (Venus).
A G-spot that is hard to find in the bodies of most women seems a P-spot to me (a spot for Pleasure giving Problems☺). It is also the P for Profit - very Venus-Pluto, too-. Many therapists, authors and websites had the pleasure of making money with the attempts of the millions who insisted to try to find the specific spot of ultimate pleasure.

SATURN and PLUTO TRANSIT
The results of the study were presented during a transit of Saturn and Pluto with the natal Sun of Ernst Grafenberg. Saturn-Pluto sometimes reflects the disadvantages (Saturn) of an inquiry (Pluto). Transit Saturn was conjunct the Sun of the G-spot inventor and Pluto makes a square now.
It is not all...The progressed Sun is square progressed Neptune in this year. That is often the case when a person is being isolated. Had he still lived, there might have been a scandal around his person and it would have been difficult for him to maintain his position. Here below is the drawing of the positions on his day of birth at Sunrise (the hour of birth is unknown) and the transits... 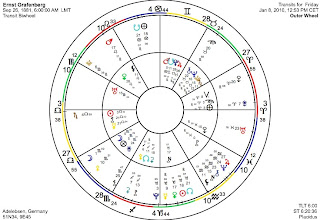 Should have googled for P-spot first: it the male equivalent of the G-spot!