One of the most desired things in the world is: to win the lottery. But sometimes the results are sad. Abraham Shakespeare (born April 23, 1966) was found murdered and there are reasons enough to relate his tragic faith to winning the lottery (an amount of 31 million dollar). Read the story on Polk Sheriff.... There is no indication for a lucky (!) winner in the natal chart, transits and progressions.

I have written about winning the lottery before.
I wrote (and quote):

The three charts convinced me that you need to have a ‘lucky chart’ to start with. All three of them have Jupiter-Uranus as the reflection of winning the lottery. Jupiter-Uranus is accompanied by Mercury-Jupiter and Mars-Jupiter aspects. Those are - in general - lucky combinations for successful decisions. Yes, some persons seem to have all the luck…

Abraham Shakespeare was not lucky. There were dangerous people after his money…He disappeared in April 2009 and it seems today that they found his body burried in a garden in Plant City. The transits of Saturn and Pluto with natal Mars and the square of progressed Sun with Uranus are reflecting the fact that he is in the news today (Uranus) because of unnatural death (Mars with Saturn and Pluto). 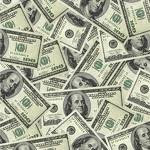 In November 2006 when he won the lottery there were little indications for joy. Progressed Jupiter was square natal Mercury (for successful idea), but Jupiter/Uranus and Jupiter/Pluto both were semi square the natal Saturn. Also, transit Saturn was inconjunct natal Saturn. That is reflecting the bitter side of success and ‘sudden windfall’… and the disadvantages of status and ambition.
Another bad sign is transit Pluto square natal Saturn. There is an affliction of transit Saturn and Pluto with his natal Saturn and Nodes. It doesn’t ‘ sound’ like a happy winner at all. Those are aspects reflecting serious problems.*)

4. Venus-Saturn
Venus is making a wider conjunction with Saturn> (the sextile with Neptune is the bridge between the two).
5. Venus-Pluto
The combination of earning or getting money is Venus-Pluto.
Abraham Shakespeare has Venus opposition Pluto, tightly!

In fact, Abraham Shakespeare has only 2 out of 5 of the above mentioned aspects: Venus conjunct Saturn in Pisces and opposition Pluto. Of course, I don’t know if the other winners had problems because of the demands of family, friends, neighbours en the danger of criminals who were after the money. But Abraham Shakespeare had all of those problems. And it is easy to read Venus, Saturn and Pluto together as the nasty side of having and wanting money. There is no compensation for this (like in the charts of the other winners, as reflected by successful combinations of Jupiter with Mercury, Mars or Uranus!)

QUAOAR
Saturn is the oriental planet and Saturn is inconjunct Quaoar. Perhaps this is a ‘ mene tekel’ : bad luck is linked to changes with a lost involved.
Somehow this chart doesn’t seem to be a lucky winners’ chart at all.

*)(I read that a former co-worker accused him of having stolen the winning ticket and he had to defend himself in court in 2008 for this. He has Mercury sesquisquare Neptune and that is the kind of combination that I see more often in the charts of suspects)

CONCLUSION
Be careful what you wish for and don't buy (or find) a ticket in the lotery if your chart doesn't reflect lucky changes. Or just wait for the next post about lottery winners. Maybe this is just an exceptional example of the way that money doesn't make happy. And the bones that were found have not yet been identified...

RELEVANT
For more about Venus and Pluto combinations, see the label below this post on my blog Astropost.

The friend has been arrested. See the post about her astrological positions and the match between the two on this blog:
http://astropost.blogspot.com/2010/02/chart-of-dob-of-dorice-donegan-moore.html