Pat Robertson blames the victims (but why?)

Here is the chart of the day of birth of a man without much compassion: Pat Robertson. He is a vicar and he has a television audience in the USA. He often has something cruel to say about those who don't follow his rules and ideas. He sort of blamed the victims on Haiti by saying that the earth quake is a result of what their ancestors did in 1791. There is no hour of birth, but we have a Moon in Capricorn conjunct Saturn and an oriental Mars to blame for his attitude. The fact that he likes to draw attention (Sun 'calling', no major aspects in sign) related to religion and beliefs (Neptune) in a disproportionate way (inconjunction) contributes to the effect that a famous vicar can have in the internatonal press.

Mars is rising before the natal Sun, and that gives him the aggression and drive. Sun inconjunct Neptune shows that there is little proportion in his relationship with the media and his beliefs. In fact, his lifestyle might not be in balance with his ideals or vice versa.
Sun inconjunct Neptune...Susan Boyle has it, too. I wrote about it the disappointing effect of this aspect -sort of a 'fallen angle' - (this is the link). 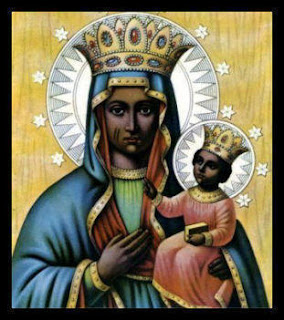 At the moment transit Saturn is exactly square the natal Mars of Robertson. He is in the news, because he blames the victims of Haiti by referring to a myth about Haiti, dated 1791. It is about a -never proven- voodoo ritual in 1791, about slaves offering a pig to their deity (Erzulie Dantor, a local Black Virgin, goddess of love). They asked Erzulie Dantor to free them from the French. Mr. Roberson names Erzulie Dantor a 'devil'. Mr. Robertson says that his God punishes the people on Haiti for this now.
His image of what his God is, is rather martial. Mars makes a hard aspect with Jupiter/Neptune, the combination of religion (for 'driven by faith'). Mars oriental is often seen in the charts of activist, soldiers and of people who act first, think later (at worst). Saturn's square blocks, restricts and limits his energy now that the world expressed anger about his statement. Mars rules his Sun, Saturn rules his Moon in Capricorn, conjunct Saturn.

Why do people blame victims instead of feeling sorry for them? I saw it with the Tsunami, too. They said that the victims had bad past lives. There is no evidence about past lives, it is a belief. Disasters happen, they ' come from the stars' (that is the meaning of ' des astres;). To say that an earthquake is the result of what people do in a religion, is a cruel and not logical or realistic thing to say. It is an offense and it hurts people (even if they don't take him seriously). It seems to me: a sort of shaping emotional distance between you and the victim, so that you don't need to care, feel sad or offer some money to help them out. It is easy to do and it doesn't cost a penny. It is often about money and security. Who needs to give some help or money when God himself punishes the millions, eh? And yes, Moon in Capricorn is an economic moon, they say:) His Moon is conjunct Saturn. CafeAstrology mentions: ' holding people at arm's length' (click to see the interpretation of Moon-Saturn aspects on CafeAstrology.com). Let us say that he is not exactly reaching out...
Geplaatst door Astromarkt op 11:43 AM

On Wikipedia I read that the ' angel fell' in the 90ies when he supported sexual abstinence before marriage and was found to have altered his marriage date to cover up that fact that his son was born 10 weeks after marriage. This is perfectly reflecting Sun inconjunct Neptune.