Astrology and statistics never work the other way around. Here is an example of a priest who abused hundreds of boys without a Venus-Pluto aspect in the natal chart, like in the cases mentioned in an earlier post. However, Father Murphy (not the television character) had progressed Venus quindecile Pluto at age 25, when he became a priest. And he had Venus and Mars calling; that is for passion at any possible level, somehow and anyhow.

Father Lawrence Murphy, the man who abused about 200 (!) deaf young boys, was born November 11, 1925 and died in 1998, age 72. There is no hour of birth. There is also no aspect between Venus or Mars and Pluto in his chart, except for a minor 105 degree*) Mars-Pluto aspect. The time of his birth is unknown, so we don’t know if perhaps Pluto was angular, making Venus and Pluto prominent planets. But when he became a priest in 1950, progressed Venus was quindecile (165d) Pluto: there was a strong focus on problems or intense obsessions about love, preferences or women. That is even more important because Father Murphy was a man with a lot of passion.

CALLING VENUS AND MARS
His Venus, Mars and Neptune don’t make major (Ptolemaic) aspects in sign or 5 degrees orb. That is illustrating a man of passion at any possible level, somehow, anyhow (Venus and Mars are ‘ calling’ ) and the man of illusions, ideals and beliefs (Neptune). Those two things apparently didn’t go together. Mercury in Sagittarius is also ‘ calling’ and biquintile Pluto, so that he was a creative communicator with authority and it must have been easy to convince the boys and the therapists.

PLUTO AND PHOLUS: TURNING POINTS AND TRANSFORMATION
Now we have the portrait of a priest who is forbidden to have sex, a priest with passion at any possible level. With so much passion and drive, perhaps with homosexual fantasies he became the father (Saturn rising before the Sun, conjunct Saturn) of many poor boys with the restriction that he shouldn’t marry, during a transit of Saturn square natal Sun in 1950 and progressed Sun inconjunct natal Pluto. That was also with transit Pholus conjunct his progressed Venus: a turning point in love, preferences, and in the way that he dealt with women. Transit Pluto was square progressed Mars in that year, too. Who knows what happened? The two forces of his passion (preference/desire and drive) came together with the two forces of change (Pholus and Pluto) in the year that he was down or being restricted while his life (progressed Sun) changed (Pluto) in a disproportionate way (inconjunction).

In July 1980 he was assisting again in three parishes after several years of leave and that was with progressed Sun opposition Pluto: a come back.

In 1952 he started the abuse, he said. That was when progressed Mars reached the Sun-Saturn conjunction and sex (Mars) came into his life as a father. In 1952 Progressed Mercury was conjunct Pholus and transit Pholus was semi square the natal Sun: there was a twist of mind and a frustrating turning point in life and sex was being highlighted after efforts to control the drive.

CONCLUSION: there was no Venus-Pluto aspect in the natal chart. But in the year before he became a priest, progressed Venus was quindecile Pluto and that is moment for a strong focus on or obsession with manipulating love and challenging desires. Perhaps that is where his preferences became a serious problem.

There is a lot more to see in the chart (like Mars biquintile Uranus, for example) and with an hour of birth there would have been even more info. For example, a 9:40 a.m. birth would place the Moon on top and Pholus on the Ascendant with Neptune in the 8th house and that would bring the importance of the issue of children and education to the light. The time of birth remains a secret, but one thing is certain:
the combination of character, social situation and circumstances together with a helpful and tight Sun sextile Jupiter allowed a man with frustrated strong desire to become a sick memory for many deaf boys who were supposed to be taken care of. He could have stopped being a priest, but he didn't. Why should he? He told a boy that God sent him to do this. 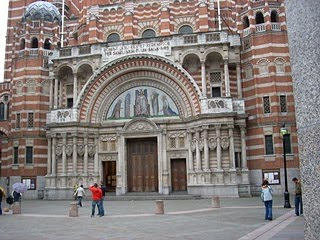 See the Lawrence Murphy Chronology of the Archdiocese of Milwaukee here…

*) see the discussion on Tribes.tribe net about the 105 degree aspect...

RELATED:
A bishop got married in England, openly gay: Venus square Pluto in his chart.

PS the place of birth is a guess. He worked in the Milwaukee diocese.