This year  May 27 and on March 11, 2011 Uranus will be on 0.0 degree Aries (Aries Point). On April 1, 1927 and on January 13, 1928 Uranus was on 0.0 degree Aries, too. And what happened? I checked the internet and found 3 important events having impact on life on earth today: the independence of Iraq and Saudi Arabia and the invention of the first (primitive) particle accelerator. And how about you? Uranus-Uranus aspects by transit or progression tend to accelerate YOU!

WHAT HAPPENED?
The 1st automatic record changer was introduced by His Master’s Voice. That is all. On January 13m 1928 Uranus was on 0.0 degree Aries again. What happened in between? Chiang-Kai-shek started his counter revolution. Saudi Arabia became independent of Great Britain*) on May 20 (Treaty of Jedda; never knew that Saudi Arabia was once part of the British Empire). On July 14 in Hawaii there was the very first commercial airplane flight and six days later Lindbergh begon his NY flight. The first iron lung was installed on July 29 in NY. On November 12 Stalin became the undisputed dictator of the USSR (Trotsky was expelled from the Sovjet Union). Iraq became independent *)of the UK on December 14 and the first air conditioned office was opened in the USA.
You can find these facts on Brainyhistory.com http://www.brainyhistory.com/years/1928.html*)

SO WHAT?...
What do these facts tell us about Uranus at Aries Point, the starting point of the Zodiac?
It seem that the introduction of Uranus in Aries is not very special for the entire world, at first. But, the final degrees of Pisces offered indepence to Iraq and Saudi Arabia and that was of importance to the inhabitans and to Great (but getting smallerJ) Britain. Now, with Uranus in the last decade of Pisces again, we see the impact of that event. So watch the news and look back after 82 years to see if anything happens now that will be important in 2092.
What does it mean that Jupiter joined Uranus on January 23, 1928 and that that was the day of ‘ Brave Soldier Schwejk’s premiere? On that day Chico  Carrasquel (Baseball Venezuela) was born and so was Jeanne Moreau (actress, Frane). But the world didn’t change much, even though Russia and Japan agreed to allow Japanes fishermen in Russian waters on that day. German Wikipedia mentions 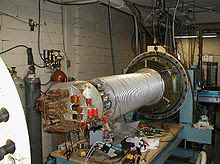 There is one invention that caught my eye, however. In 1928 Wideroe published a dissertation about the first particle accelerator ever. http://www.waloschek.de/pedro/pedro-texte/wid-e-2002.pdf
And didn’t the Swiss start an accelerator (CERN) lately?
WHAT COULD/SHOULD OR MIGHT IT MEAN? JUST GUESSING...
Sometimes it is easy to draw conclusions about a position in the sky and start associating. Uranus in Aries, what could it be? A fresh new start for astrology? Introduction of new techniques? An incident that awakens the world? And Uranus conjunct Jupiter, shouldn’t that be a sudden windfall for the world united? Looking back in history is sometimes like a cold shower, but it helps to see that relating events to positions is easier when you don’t use exact dates and positions. Or else I could refer to Uranus move to Aries as the prelude to disaster (October 1929, Wall street crash), caused by high expectations in the summer of 1929, but…Uranus had moved about 10 degrees into Aries by then. Or I could name the rise of the Nazi-party, but in 1928 (the period of Uranus at Zero Aries) the party had the lowest possible seats in parliament. The party started growing after the crash!
CONCLUSION
My conclusion is that the impact of inventions or independence of nations in the period of Uranus move to Aries is visible about 80 years later. And most of us don’t live long enough to witness and understand the impact of the first and the results in the second move to Aries. That is it. Or am I accelerating?
HOW ABOUT YOU?
Few of us will experience a Uranus return. Some of us will experience a progressed Uranus return (when the retrograding Uranus goes direct in the first 2 or 3 months after birth). Transit Uranus opposition with Uranus is more frequent. I had it in a hectic month and year that changed my prospects. Sort of a midlife crisis, an wake-up call and bit of alarming change, but kicking! Or should I say: accelerating?


PS about the data of Brain History for Iraq and Saudi Arabia:
The official indepence dates were years later. The British troops didn't immediately leave Iraq, for example. And the 'independence' date of Saudi Arabia is the date of the Treaty of Jeddah (permitting indepence to the King for part of the country). The official natal charts have other data.
(c) http://astropost.blogspot.com
Geplaatst door Astromarkt op 1:56 PM