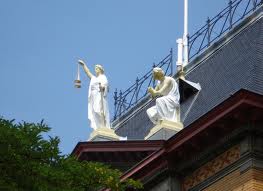 Somebody judged that Michèle Martin is free to leave jail for a monestry in France (if France will allow that). That is after spending 15 years (half of the sentence of 30) in jail for helping husband Marc Dutroux, the Belgian rapist and murder. Is it a surprise that Jupiter was exactly (!!!) square her Sun when the judge decided that? Jupiter is the symbol of positive judgement. Jupiter was also important in the chart of Marc Dutroux, whenever he met a friendly judge or got married.

1. Marriage and divorce no. 1
His first marriage is in 1979 with Transit Jupiter square Ascendant and then conjunct MC.
2. In 1982 he met his later wife Michele Martin. Together they accomplish rapes. He meets her when Jupiter is transitting his natal Sun.
3. Transit Jupiter square MC mirrors the nice judge who said 13 years for him and five for her would be enough punishment for multiple rape, even though Dutroux’s mother pleaded that he would never release the monster. But they did, in 1992.
4. He was arrested and released in the year of Jupiter on the Descendant. At that time he had killed two girls and two 8-year olds were dying in his cellar, because Michele Martin didn’t feed them.
Why did they let him go? His wife and children suffered too much…
It is not amazing that Progressed Moon was trine Jupiter then and progressed Venus sextile Jupiter. He must have felt ‘great’ having mislead the judges again.
Back to Michele Martin and her chart.

Michele Martin is a convict. Saturn and Uranus are important in her chart. Uranus is angular, Saturn rises before the Sun and Mercury. Saturn and Uranus are the combination of limited freedom, breaking free and restricted independence. And today, now that the newspapers mention the fact that she WILL be free: progressed Venus is on her Ascendant. That is for joy. That is for when your situation is improving. There are a lot of restrictions and rules to obey in the convent.
Few will grant her that. She is one of the most hated women in the world. She could have saved the lives of two little girls and she didn't. I don't suppose that we can read her chart like if she was a normal person, because she is not. I don't want to understand how she managed to be who she has become and I don't want to study her chart. I just know that her Sun sign Capricorn matched with the sun sign of Marc Dutroux (Scorpio) and that his Jupiter is trine her Sun (for trust and support). The signs of their Moons, Mercury's, Venus' and Mars all matched. . Also her Mars is trine his Pluto (it is easy for him to impress her?). Anyway, she seemed to have been the perfect partner for a serial killer, the perfect match.
I hope she has really changed and Jupiter’s transit can be justified. There is no justice in the way that transits happen or don't. Jupiter is on the wrong side, often. But who are we to judge that?
LINKS
An other woman who helped her husband and is supposed to have been influenced by him is Karen Homolka: http://astropost.blogspot.com/2009/02/moon-pluto-in-charts-of-homolka-and.html

About Dutroux and the murders
http://en.wikipedia.org/wiki/Marc_Dutroux

For more about crime and astrology on this blog, see the label