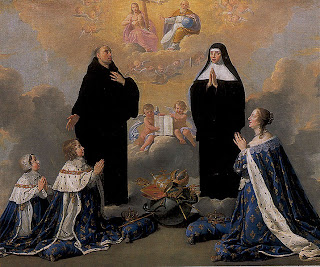 In various posts on this blog I have given examples of how Sun andNeptune combinations go together with the love for animals. Add a bit of Jupiter and you get the protection (Jupiter) of animal (Neptune) life (Sun). That is not because Neptune means 'animal'. Neptune cares for the weak ones because Neptune is a softie.

With the Sun idealism is highlighted, like in the chart of Mother Theresa. With Jupiter/Neptune in aspect with the Sun you live by your ideals (and sometimes that is because of a negative attitude towards success).

The link with religion is unmistakable. But why the remedy?
REMEDY
In January of 2006, with Jupiter exactly square Neptune it was announced that tests had proven that a vaccination against avian flu would be successful. They found a remedy. In 2009 Jupiter has been conjunct Neptune end of May. In June 2009 a Swiss producer announced that the vaccin against Mexican Flu was ready for production. That was with Jupiter conjunct Neptune, too. In December there will be another conjunction of Jupiter and Neptune. That is what I mentioned when I first published this. It seems that Jupiter-Neptune has indeed reflected the remedy.
IDEAS FOR INTERPRETING COMBINATIONS OF 3 WITH JUPITER-NEPTUNE
Moon with Jupiter/Neptune is a great help for believers and could give success in such a career. But Ted Bundy also had this midpoint combination and he could easily mislead women.
Mercury with Jupiter/Neptune you have a chance to be a great story teller (to communicate with the help of a lot of fantasy).
Venus and Jupiter/Neptune is for the fairy tale marriage (in the eyes of others:)
Mars with Jupiter/Neptune doesn't only help in working with religion or the world of the movies. Chemical plants are also offering prospects.
Jupiter/Neptune with Saturn is more of a generational influence. Only with more of such indications there is a warning to watch your weight (and weight changes).
Jupiter/Uranus/Neptune combinations is for the benefit of social laws or institutions, by groups.
Ronald Reagan had Neptune semi square Jupiter/Pluto. This might suggest that he was following a certain ideology or guru or that many of his generation did.
Jupiter/Neptune with Node is more personal and means that you are having contacts with believers, cheaters and groups of people who speculate.
Jupiter/Neptune with Ascendant is in the chart of a man like Billy Graham.
Jupiter/Neptune with MC: a career linked to devotion, like Mother Theresa.
LINKS
See the label for more midpoint combinations.
For more about the combinations with the midpoint Jupiter/Neptune, and for more examples, see Astromarkt http://www.astromarkt.net/index.php?id=120

Also visit: Astromarkt.net about midpoints (how to calculate and interpret them).


Reinhold Ebertin's book Combination of Stellar Influences remains the basic work about midpoints and midpoint combinations. He named the Jupiter/Neptune midpoint the midpoint of apparent happiness and speculation and saw sociological correspondence in visionaries, dreamers, mystics, hypocrites and speculators and interpreted Sun with Jupiter/Neptune as: ' Lack of self-control, irresponsibility, speculation, squandering of physical strength. The act of deceiving or the misfortune of being deceived.'