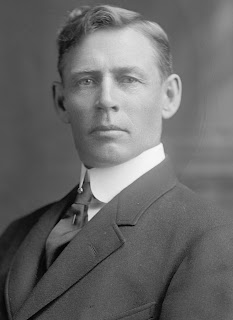 When the two lights (Sun and Moon) highlight Saturn, there is a serious undertone. The disadvantages of family life might show up early in life and color the nativity’s heart and soul. With this combination in your chart, you tend to be cautious, take precautions and want control, especially over emotions. You need stability in life. This combination is not uncommon in the charts of famous ‘climbers’ in society and it is also not uncommon to see restrictions and limitations when it comes to enjoying (family-)life. . All depends on your personal chart, background and situation.

Extreme examples are:
-      David Irving (Sun sesquisquare Moon/Saturn)
He spent time in jail for denial of the Holocaust.
-      Charles Lindbergh (Saturn conjunct Sun/Moon) is the famous pilot whose baby son was abducted and killed. President Roosevelt didn’t want him in the army during WWII (because Lindbergh once was decorated by the Nazi’s).
-      O.J. Simpson has Sun semi square Moon/Saturn and we all know what happened in his (family-)life
-      Vincent van Gogh’s Saturn square Sun/Moon not only reflects depression but also the fact that he didn’t have a family of his own (and couldn’t afford to have one).
-      Eva Braun (Hitler’s wife) has Moon opposition Sun/Saturn in the chart. The Moon is the apex in the midpoint yod and in the natal chart there is a trine between Sun, Moon and Saturn. She never had children and she married just before the couple committed suicide.
The longlasting effect is that they are history’s bad memories, even if they couldn’t help it. Even today there are doubts about Charles Lindbergh...Of course it took more than this one midpoint combination to create the lives of the persons mentioned above. In Charles Lindbergh’s chart Saturn is ‘calling’ (no major aspects) and that makes the Saturnal effect even stronger. Here is the chart, with Jupiter (travel/international) rising before the Sun:

However, Sun/Moon/Saturn combination really seem to be a ‘memento mori’, articulating mistakes, losts and failures, even in the lives of those who achieved something important in life. On the whole with Sun/Moon and Saturn you are motivated to be in charge or to be alone, to manage or to construct… or to seek for something solid and certain like a job in the administration. And you won’t be the kind of person to celebrate life. The approval (or punishment and criticism) of others could be a heavy load to carry sometimes.
The good thing about Sun/Moon in hard aspect with Saturn is, that you have an enduring motivation. You won’t give up easy. That is a bad thing, too. You won’t give up even if you are on the wrong trail…
LINKS
Sun/Moon with progressions and transits on Astromarkt:
http://www.astromarkt.net/index.php?id=194
http://www.astromarkt.net/index.php?id=193
Sun/Moon and AC/MC combinations like Sun/Moon-Saturn. Quote:
Motivated for business and management, controlling others. The need to be respected.

And that is the positive interpretation of the midpoint combination Sun/Moon/Saturn.

There is more background info on Astromarkt.net
Geplaatst door Astromarkt op 4:22 AM