Saturn makes hard aspects in the charts of women who discover that their beloved husbands cheated on them. Saturn is the symbol of restrictions, endings, separation and hard reality. When you are not rich, don't have a job and do have children to take care of, this Saturn will hit you hard. But even independent and rich women experience the reflection of Saturn in the sad period when they face reality and have to consider divorce or keeping up appearances. For example:

The effect may not be felt in the wallet, but Saturn apparently doesn't make a difference when it comes to feelings. Saturn is hard. Even though transits and progressions of Saturn don't necessarily resonate cheating husbands, they always end a period of time (in family life, business, relationship or health conditions). 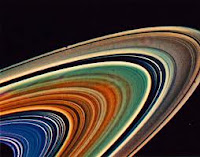 With Saturn you have to say goodbye to 'before' when it is too soon to say 'Hello' to 'later'...Like when a stone is thrown into the river, the transit or progression of Saturn will have a longer effect than just for the moment of the 'hit'.

Also visit: Astromarkt.net about Saturn in a relationship