Astrological Musings reported about John McCain's certificate. The new chart (with a surprising HOB) doesn't seem to make a difference when the chances for this election are concerned. Here it is: 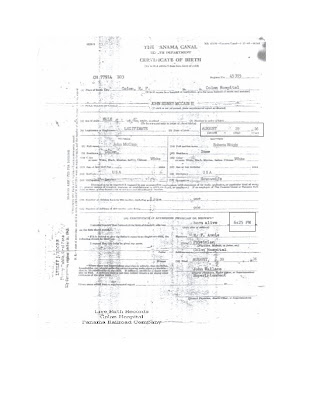 And here you see the chart of a successful man with a lot of energy and enterprise, and the interaction with Election Day, showing (IMO) disappointment. Even when you try to look at it with pink glasses on, you can only see a status (Saturn-MC) and on the background dreaming (Neptune). The polls indicate that Obama is on the winning hand and only a miracle can help McCain into the White House now.

I have considered the final moment of Election Day, because I found that in international (WC and EC) final football matches, the final moment related to the charts of the coaches gave useful information about winning or losing a game. See more about that under the label 'soccer'.

In the final moments of Election Day, the meridian of Washington is conjunct the opposition of Saturn and Neptune in McCain's chart. Both planets are considered to be negative for those who want to win a battle.
Remember that Obama's Jupiter is conjunct Moon (ruler 1) of the chart of the Elections, 20:00 hours Washington. And Jupiter is a positive answer to the question: will I win...At least, that is what Jupiter uses to mean.

Disclaimer...
The last presidential election was a disaster for most predicting astrologers, partly because the HOB of Kerry was wrong and partly because we always have to take a look at the birth chart first. Kerry had an important Neptune and so has Obama. And fact is, this time too, that the birth chart of McCain (if that is the chart you see below) is the chart of a man who makes it, more than the chart of Obama is.

No, astrology does not give me the final answer. I don't know, I am just thinking aloud. I think voting is needed!:) 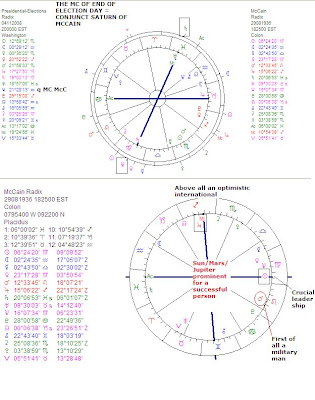