NOBEL PRIZE FOR AHTISAARI
and his diplomatic chart 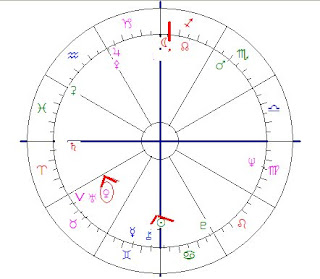 Martti Ahtisaari, a politician born in Finland, is the Nobel Prize for Peace winner of 2008. The Russians don't agree with the Nobel Prize Committee, however, because of Ahtisaari's role in the conflict about Kosovo. Maybe that is why we see transit Saturn conjunct Neptune, in spite of the honour and the amount of the prize (10 million!)?
As his hour of birth is unknown, it is possible that we are unaware of a transit made by Sun, Jupiter or Pluto with his Midheaven or progressed Midheaven. But even without an hour of birth it is clear that on the day that Ahtisaari was born, a diplomat was born. The prominence of the combination of Sun, Venus and Moon in Sagittarius tell us about a dipomatic leader with a special need to travel and be abroad.

Ahtisaari was born on June 23, 1937. On that specific day Venus was semi square Aries Point and in the sign of Taurus. That is why I consider Venus to be the oriental (Venus rises before the Sun). Venus is the symbol of ethics, diplomacy and/or style. In this case, diplomacy is the issue.

Another prominent place is destined for the Moon. The Moon is in Sagittarius, the sign of foreign countries, traveling and publicity. As the Moon does not make Ptolemaic aspects in sign or orb 5 degrees, the Moon is 'calling'. Ahtisaari*) has a special need to travel and learn from it at any level, because his Moon in Sagittarius is calling.

Last but not least: his Sun is square Aries Point. 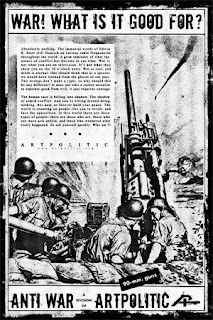 Is not the combination of that Moon in Sagittarius with Sun and Venus related to Zero Aries, the perfect combination for a leading diplomat?

RELATED (on my site Astromarkt or in earlier posts):
Conspicuous by absense, about the effect of unaspected planets and elements without placements
About sun signs like Sagittarius
All posts about Venus
Aries Point
Nobel Prize for Gore and Arafat

*) Funny, check your English with 'Ahtisaari' in Word and what you get is 'Antiwar'!:)
PS I read that his CV starts with being a teacher: Moon for telling others what to do (educating) is calling in this chart!

PPS I found a combination for success for today: transit Jupiter opposition the midpoint Sun/Pluto!