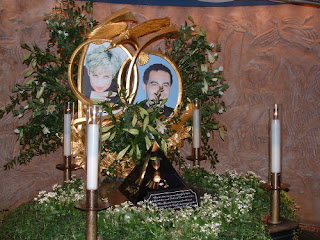 Paul Burrell was the butler of the late Princess Diana and born 6th June, 1958 in Grassmoor. Yesterday in court as a witness in the investigation of the death of Diana (that more and more seems to be the investigation of her love life) he testified contradicting himself a few times. He said he had a secret that he would carry with him to the grave, and later said he forgot what the secret was. He said he would not show his diaries and later that he never had one. He could not prove that Diana wrote to him, either, and was sent away to get the letters to the court (today).
MERCURY INCONJUNCT NEPTUNE
For these mysterious statements: look at Mercury inconjunct Neptune in his chart. Secrets, hiding, cheating and being unclear...these are possible manifestations of this connection between Mercury and Neptune. Maybe just because he forgot facts.
TRANSIT URANUS...
Transit Uranus is exactly conjunct his Sun these days. This transit is producing a lot of tension for 'being in the news'.
HIS JUPITER ON HER MC
Looking at the synergie with Diana: Paul Burrell's Jupiter is exactly on the MC of Diana. That implies that he was trusted and that he supported her. On the other hand her position (MC) was in his favour (Jupiter), too.