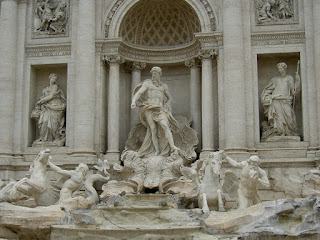 Neptune is almost in Pisces now (April 4, 13:37 UT) and we are in the middle of a revolutionary time, just like in 1848. That was also the year of the Communist Manifesto. In 1684 we see the Holy League (alliance against the Ottoman Empire) and in 1685 the Protestant ideas were forbidden in France. The same thing happened in Germany in 1521. Whistleblower Martin Luther’s books were burned and forbidden and Martin Luther became an outlaw on January 3,1521, just 10 days before Neptune was in Pisces. That is how he became the first Protestant. He started to translate the New Testament. Before 1522, the Bible was written in Latin.

See the post about the chart of Martin Luther
http://astropost.blogspot.com/2008/03/rehab-for-martin-luther-reformers-chart.html
(the rehab is still waiting.., see http://en.wikipedia.org/wiki/Martin_Luther)
Also, in 1521 Belgrade was captured by the Ottoman army.
1357
End of January of 1357 Neptune entered Pisces. In Paris there was a revolt lead by Etienne Marcel.This revolt should be seen in the context of feudal society in crisis. The economy of Europe changed (more centered on trades and cities than on land and property).
I don’t know what happened in Asia or Africa or in the Americas in those days and that is partly because there is no written history available. Searching for the common factor in events during the position of Neptune in the first degree of Pisces I found revolts, an important alliance for Christianity and  important events of the first days of new religions/ideologies like Protestantism and Communism. History is a long story of revolts and wars, of course. But the ban on Martin Luther started more than a 'branche' in Christianity. It was the beginning of an era of beginning independence in Northern Europe, for example and still there is a different culture in the southern Catholic and the northern Protestant countries.  And we all know what the Communist Manifesto started!
My conclusion could be that throughout history the move of Neptune from Aquarius to Pisces moved ideologies and religions, often as a result of revolts, and that those ideologies or ideas changed (Western) history. And that would be no surprising conclusion in the light of the meaning of Neptune and Pisces in astrology. Neptune is the symbol of ideology. Aquarius is the symbol of change. And Pisces, in the end, spreads the concept. We now entered the first year of Neptune in Pisces. In 2025 Neptune will be in Aries and we will know what the impact of this period will have been for our concepts and for the world religions and ideologies.
But what if Neptune's transit is important for you? When you are a Pisces, Virgo, Sagittarius, Gemini, Cancer, Scorpio, Libra, Aries...well: almost all sunsigns will experience a transit Neptune in Pisces with their natal or progressed Sun. What to expect?


See:
http://www.astromarkt.net/index.php?id=102
About Sun-Neptune (natal, progression, transits)
Or see:
http://astropost.blogspot.com/2011/02/confusing-transits-of-neptune.html
About the confusing transits of Neptune


http://www.astromarkt.net/index.php?id=119
About Saturn_Neptune aspects in history (connected or not to plagues and flu)
http://astropost.blogspot.com/2008/04/pisces-sun-sign-pisces-moon-planets.html
More about the astrological sign Pisces


MORE NEPTUNE IN PISCES IN HISTORY

Email ThisBlogThis!Share to TwitterShare to FacebookShare to Pinterest
Labels: Neptune in Pisces, Religion