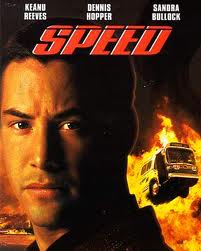 Sun/Moon is quite often in hard aspect with Mars. Maybe also in your chart? Around midnight in the night of 29 to 30 April 2011, Sun/Moon will be conjunct Mars. Sun is in the 10th of Taurus, Moon in the 4th of Aries and right in the middle is Mars in the 22nd degree of Aries. The babies born that (mid)night have a Sun/Moon midpoint combination with Mars!


Sun/Moon midpoint uncovers your motivation. With Mercury, the symbol of the messenger, in hard aspect with Sun/Moon you are motivated to communicate or deliver messages. With Sun/Moon in hard aspect with Venus, the beautiful goddess of love, you need harmony, beauty and style to feel good. Imagine what happens when Mars is in hard aspect with Sun/Moon…Impatience, action, promotion, drives and energy are being highlighted, sometimes people with this combination actually are ‘in sports’ or activists. In the chart of a female this midpoint combination often highlights the importance of the opposite sex. Anyone with Sun/Moon/Mars-combinations wants marriage and family life to be productive and sees marriage as a sort of a joint venture. They need speed and action to feel alive.
Examples?
1.  Margareth Thatcher has Moon semi square Sun/Mars
2.  Bill Clinton has Mars square Sun/Moon
3.  Betty Friedan: Sun conjunct Moon/Mars
4.  Biker Leontien van Moorsel: Mars semi square Sun/Moon
5.  Late Theo van Gogh: Sun semi square Sun/Mars
6. Prince William: Sun/Mars semi square Moon
On Astromarkt you may read about Sun/Moon and Mars:
Motivated for production, fighting and action. The need to use energy and to work or take action. This midpoint combination hightlights drives and stimulates motivations.
http://www.astromarkt.net/index.php?id=193
In the article on Astromarkt about Sun/Moon and synastry there is a part about Sun/Moon of the male and Mars of the female in a relationship. I quote:
•              Her Mars square his Sun/Moon (Angelina Jolie and Brad Pitt)
•              Her Mars square his Sun/Moon (Eva Braun and Hitler)
Sometimes a ladies’ Mars is indicating the man in her life and sometimes his Sun/Moon midpoint mirrors family life.
For more: http://www.astromarkt.net/index.php?id=192