It is a fact: benefics move quicker than malefics do and transits of Saturn, Uranus, Neptune and Pluto last much longer than transits of Venus or Jupiter. Most of the time...Because the next couple of months there is an exception. Transit Jupiter moves through the first 10 degrees of Taurus, slowly, goes back and moves forward again. That means that if you have the Sun, Moon, a planet, Ascendant or MC or a progressed position in the first 10 degrees of Taurus, you will have Transit Jupiter conjunct your position three (3) times! Jupiter promises that you will travel, succeed, be content and happy and that you will get support. Isn't that great? Mind that word...*) follow the star...

Jupiter keeps moving between 1d18 (June 10, December 2 and January 18) and 10d20 Taurus (August 27, September 2 and March 17). In December 2011 Jupiter will go direct and only on March 2012 Jupiter will pass the 11th degree of Taurus. That is a blessing (even in hard times) for who is born:
- between April 21 and April 28,
- between August 23 and September 2 or
- between December 22 and December 31.
Maybe even Scorpio (born October 23 to November 2) will benefit from the transit (but only if Scorpio plays by the rules!). It sounds as if Santa Claus comes bye in summer time, but beware: it all depends on the other transits and progressions. Also, there is a nasty side of Jupiter: *) growth (and I don't mean getting taller). Sometimes even if you eat almost only grass, you grow:). 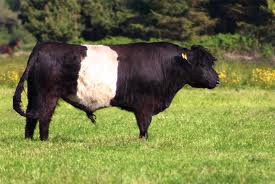 LINK
Wrote about the history of my transit Jupiter in Taurus:
http://astropost.blogspot.com/2011/06/transit-jupiter-in-taurus.html
I moved, bought furniture and houses and moved again, but I don't have any plans now...