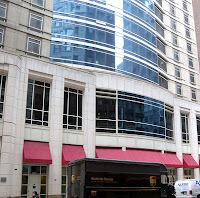 The website African Success published the birth data of Nafissatou Diallo. She is the chamber maid of Sofitel NY who accuses Dominique Strauss Kahn of sexual assault committed on May 4 this year when she wanted to clean his room. What I like about the chart of Diallo is the Moon in Virgo. It is so typical basic astrology for a maid to have the Moon in the efficient, clean and service minded sign of Virgo! The interaction between the astrological positions on the day of birth of Diallo (January 17, 1979) and Strauss-Kahn is amazing, too. Transits, progressions and synastry aspects are resonating natal positions, like Mars-Uranus and Mars-Saturn. There is a correspondence with the case of MJ's doctor.

SATURN-SUN
Coincidently (?) her Progressed Sun is conjunct the natal Saturn of DSK. In the case of the doctor of Michael Jackson there is also such a synastry. The Progressed Sun of MJ was conjunct the Saturn of the doctor when Michael Jackson died. Such Sun-Saturn is apparently about being blamed or accused and facing responsibility. (See: http://astropost.blogspot.com/2011/01/progressed-sun-conjunct-saturn-and.html)

NATAL SYNASTRY (Mars-Pluto)
The synastry between the chart of DSK and the position on the day of birth of Nafissatou Diallo is interesting. There are at least 6 important interactions:

TRANSITS AND PROGRESSIONS OF DIALLO


1. You see above that her Mars and Pluto are part of the synastry. (her Mars square his Mars and her Pluto in aspect with his Sun/Moon). On the day of the incident transit Pluto was semi square her Mars.
The combination Mars-Pluto is the combination of the use and abuse of power and violence (or suffering from it).

2. Her progressed Sun changed sign and so did her life and lifestyle...From unknown servant to famous violated woman.

3. Transit Neptune will be conjunct her  Progressed Sun from the weeks after the arrest until in February of 2012. It is the symbol of the press, the media, gossip and being isolated.

NATAL POSITIONS OF DIALLO
The Sun in Capricorn and Moon in Virgo in combination with Mercury trine Saturn and the woman's position in society (!) is reflecting the importance of duty and serving.
The Mars-Saturn-Sun combination is reflecting the difficulties with men (and the little jobs in order to stay alive without having a man). It is often not a very pleasant combination and points at working hard and discipline or restrictions.

SHARING MARS-SATURN
DSK has Mars trine Saturn , the chamber maid has Mars sesquisquare Saturn. The two share a Mars-Saturn aspect that is already difficult in a 'normal' relationship. I quote Astromarkt about sharing aspects like Mars-Saturn:
Mars-Saturn: working hard together as long as possible (like Queen Elisabeth and her late mother), sharing the same frustrations, not much fun (unless there are other indications). This aspect might indicate a lack of shared activities.

Transit Saturn was quindecile his Mars when DSK was stopped at the airport. This transit meant the end of his job, too.

LINKS
Discipline and strict measures are among the meanings of Mars-Saturn, and so is death (end of all energy). I quote:
The hero and the terrorist in the Detroit plane incident both have a Mars-Saturn aspect in the natal chart (sesquisquare and square). Mars of the hero was conjunct the Saturn of the terrorist. And the Saturn of the hero inconjunct the Mars of the terrorist.
http://astropost.blogspot.com/2010/02/detroit-hero-jasper-schuringa-and.html
It was a matter of attempt to kill and being restricted and stopped.


More about Mars-Saturn on this blog:
http://astropost.blogspot.com/2010/10/mars-saturn.html

Blog about the chart, transits and progressions of Dominique Strauss-Kahn:
http://astropost.blogspot.com/2011/05/chart-progressions-and-transits-of.html

About Progressions and the progressed chart:
http://www.astromarkt.net/index.php?id=166

Also visit: Astromarkt.net (the site with background info for this blog) for example about Sun/Moon synastry