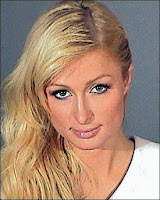 One of the signs of changing times (see:   ) is a transit of Uranus on your Sun or progressed Sun. Paris Hilton had Transit Uranus conjunct her Sun in 2003. That was when a sex tape of her was distributed on the internet. The result: she and her family needed therapy to get over it (but are they?).

The tape is still circulating and like many things on the internet it will never ever stop. It is one of the nasty and criminal sides of the internet. It happens all the time and there is no punishment for turning someone's life upside down.  It happened to a Dutch television celebrity and mother of young children, whose nude pictures were stolen by a neighbor and published all over the internet without her permission. The man had to 'work' for 180 hours and that was all. Transit Uranus was afflicting her progressed Mercury and Neptune was sesquisquare her Sun when this happened with later transit Pluto: difficult times...Transit Uranus was also conjunct Paris Hilton's Mercury at the time*).

Quoting myself about transit Uranus and Sun:

3. Transit Uranus is in aspect with your (progressed) Sun

And Paris Hilton is an Aquarius with Sun square Uranus...Continue for her chart and more...


Of course there were more indications of change in 2003. Transit Pholus was trine her progressed Sun. Transits Saturn was conjunct natal Ceres. And transit Uranus was also conjunct natal Mercury.

Uranus is now in the 4th degree of Aries (3d59m50.2s) and conjunct the Sun of those who are born on March 24. If there is no natal aspect between Sun and Uranus, don't worry. My transit Uranus was just a mouse! (shriek!)
(see: http://astropost.blogspot.com/2008/08/transit-uranus-morales-and-mice.html)
And it takes more than 1 transit to tango!

Here is the C-rated (birth time might not be correct!) natal chart with transits and progressions for the end of 2003.

The amazing transits of Uranus
http://astropost.blogspot.com/2011/02/amazing-transits-of-uranus.html

*)  Quoting myself about transit Uranus and Mercury:

...sudden shocking changes (for example in your opinion, with Mercury,...
And, apparently, shocking changes in the opinion about you...Mercury-Uranus is the combination of controversial ideas, in general and sometimes reflects disturbances in transportation or communications (the accelerated and nervous messenger). Also see the label Mercury Uranus.