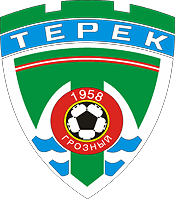 Ruud Gullit (true name: Rudi Dil) was fired today. He was the coach of Terek Grozny and before of LA  Galaxy. Now the team of Terek Grozny lost for the xth time and that was it...An impressive list of aspects (transits and progressions), including some classical astrological indications for being fired, accompany the event. Recently someone close lost his job with Transit Uranus inconjunct MC and Transit Saturn conjunct Progressed MC, followed by transit Neptune opposition Midheaven. When there are three of such transits and your job was already at risk, don't be surprised  (but you will be, because it is Uranus transit:) if you get fired. Football coaches are always blamed for the failing team (that seems to be part of the job), so it is a risky job. With this list of 10 transits and progressions, it is even more risky. Here is the chart, with progressions and transits for now:

Note: There are only two transits with the natal chart. That shows the importance of having a look at progressions, too.