On December 24, I was thinking about Mercury and Saturn. I gave a few examples of scientist (Van der Waals, Einstein and Asimov) with a tight aspect between Mercury and Saturn or with both planets prominent in their charts.
Now I collected more example charts to support the idea that Mercury-Saturn = officially recognized knowledge = science.

There is a differentiation in the way the Mercury-Saturn pattern shows itself. They are also different kind of scientist. Still, the picures almost speak for themselves. Where needed I added a comment in the drawing of the chart. 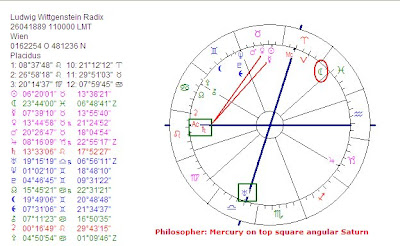 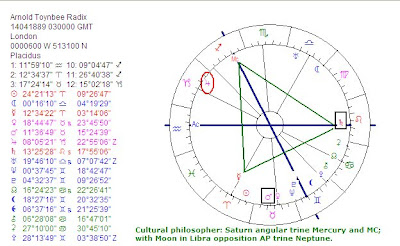 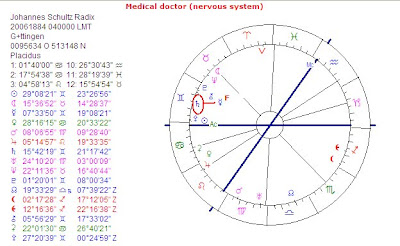 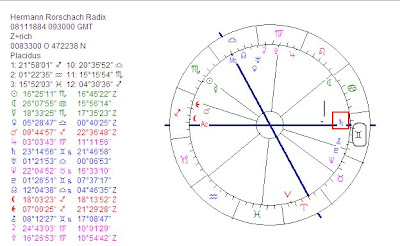 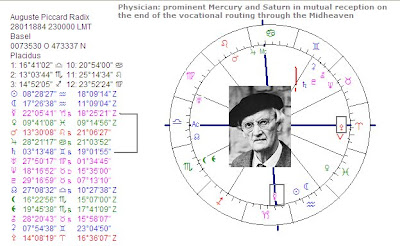 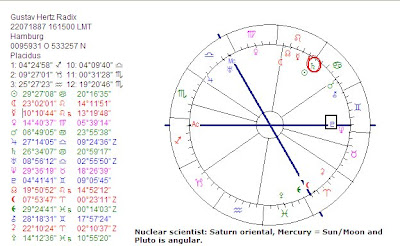 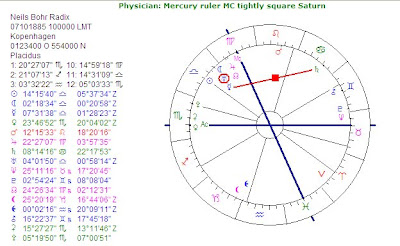 PS there is a minor 15 degree aspect between Mercury and Saturn in the chart of Hertz.

PPS Another example of Mercury conjunct Saturn is Tycho Brahe. Click for the post about his chart...
Geplaatst door Astromarkt op 12:10 AM