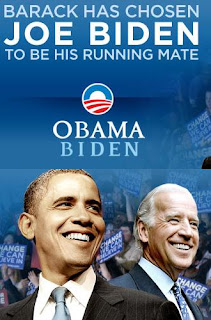 People grow from the minute that they were born. People develop in a certain direction. That development in astrology is symbolized by progressions*). Now what if a person was not a 'born leader' but developed and progressed to become one? I see that this development is visible in the progressed chart of Barack Obama.

Astrologers all over the world have been wondering about the birth chart of Barack Obama and the 'president in the chart'. So did I, until his birth time revealed that the Sun in Leo is the final dispositor of the Midheaven. But that is the only real sign for leadership and it takes a lot of imagination to see a Midheaven in Scorpio with a Sun as final dispositor of the MC as a sign for a presidential career. All Leo's born with a Scorpio MC are born presidents if THAT would be the indication (though they may be a leader in their professional field, of course). 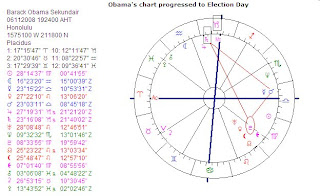 Look at Pluto - symbol of power and politics - oriental (rising before the Sun) and at Saturn on top - for management - with MC in Capricorn - for administration. The progressed chart shows how he is growing in his role.
Less fortunate is the development that the combination of Mars-Saturn-Pluto is getting tighter in progression. Mars square Saturn (ruler 10) and semi square Pluto is indicating (and Saturn sesquisquare Pluto) at least: increasing political battles or difficulties, and possibly a growing danger related to his position. At the moment Mars is exactly square Saturn ruler 10 in his progressed chart. He made it (ruler 1 square ruler 10) by hard work (Mars-Saturn) and right now Pluto (money issues!) are frustrating his goals. Saturn in conflict with Pluto requires political 'die hards', because this aspect will confront a person with the disadvantages of politics. So I don't think that Obama will have an easy period ahead, though fortunately the amount of support and goodwill that he created will help him to succeed. This help is astrologically coming from Jupiter (transit Jupiter trine progressed Sun). He might need it. 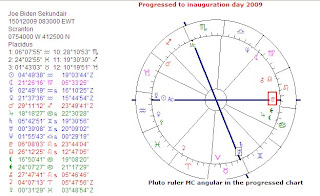 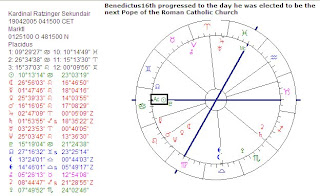 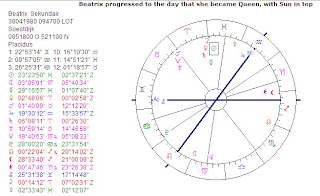 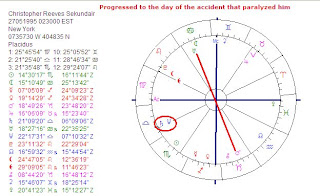 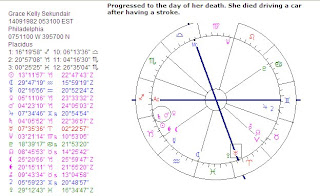 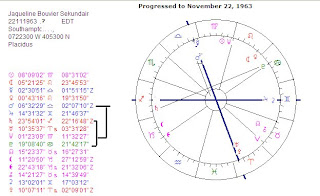 Progressed charts are strongly related to natal charts and should be read and considered in combination with the findings about the birth chart and the transits of the moment.
Geplaatst door Astromarkt op 6:59 PM