Ceres and the will of Liliane Bettencourt 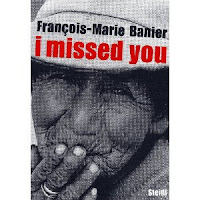 Writer François-Marie Banier is no longer the heir of Liliane Bettencourt, principle shareholder of l'Oreal. He had enough, she said. She gave him about one billion during their friendship and her daughter Françoise started a trial against the 'exploitation of the weakness' of her mother, who also was one of the victims of Bernard Madoff.The writer is 25 years younger than Liliane Bettencourt and could be her son. Ceres is the symbol of motherly love and heirloom  (see the post about Ceres).
Ceres of the writer (27Ar11) is exactly opposition the Sun of Liliane Bettencourt (27Libra11).

Continue for the charts and more links...


This is the chart of Liliane Bettencourt. Ceres is on her Ascendant (she is an heiress).

Here you see the chart of Banier with an interesting Venus (ruler 7 and 2) in the second house, 'calling'. Prominent in his chart: Sun, Moon, Venus and Jupiter. Uranus is the planet rising before the Sun. Transit Pholus is exactly trine his Pluto right now: an important change, a solution.

LINKS
Telegraph about the will...
http://astropost.blogspot.com/2008/12/chart-of-day-of-birth-of-bernard-madoff.html

Telegraph about the will...