Chart of moment of intruder in Paris Hilton's house


This is the chart of 6:42 a.m. on Tuesday August 24,when Paris Hilton called the police about an intruder in her house. The green position are the positions on Paris Hilton's day of birth. The hout of birth of Paris Hilton is uncertain. So we don't know the degree of the Moon. What combinations are there on that moment?

This seems to reflect the situation: her home (Vesta) is the place of event (Ascendant), she is suddenly awake (Moon-Uranus-Pholus) and immediately start thinking, calling and twittering. 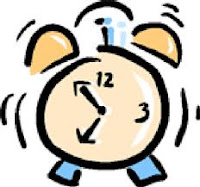 More observations:
Transit Chiron is on her Sun and semi square her Chiron.

Her Node is inconjunct transit Node.

HOW ABOUT YOU (AND LINKS)
More about Paris Hilton, the party animal in her chart, about her arrest in Sout Africa and about you:  when to have a party...
http://astropost.blogspot.com/2010/07/paris-hilton-arrested-and-when-to-have.html

It is not the first time that someone broke into her house. See this video with pictures of the house:
http://www.youtube.com/watch?v=qquOPgmwiSs

and see the labels...