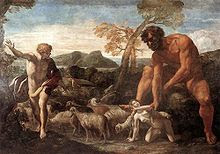 Orcus, the symbol of the punishment for broken oaths, is what binds the charts of Andrew Young and John Edwards.  Or, do we see Orcus as another exponent of Plutonic reflections? Their names will be linked by a strategy to cover up the birth of a baby that stood in the way to power.
Andrew Young, assistant of John Edwards, first covered up the affair of John with Rielle Hunter. And later he acted as if he was the father of Rielle Hunter’s baby (born February 27, 2008).

Recently he showed up in Oprah Winfrey’s show with his wife, telling about his book ‘ The politician’.  They are now making a movie...
Andrew Young is a very serious person (Saturn rising before the Sun) and dedicated (Sun square Vesta). Perhaps that explains what he did, before he started publishing about the affair. That Saturn, and of course the quindecile between Sun and Pluto (obsessive fanatism, problemous self esteem, wanting to win at any price). It was important to him that Edwards would be the next president of the USA, as he was part of Edward’s team. They say that the film will reveal important secret details  (see: http://www.hollywoodreporter.com/hr/content_display/news/e3i70816729b031dfa876faae66cce8af82)
Now, who is the star now?

It is Young. His Sun is not making Ptolemaic aspects in sign or orb 5 degrees and is ‘calling’ to draw attention. But transit Saturn is opposition this Sun, so he should take care and not cross the lines now that he transformed from a decent and dedicated assistant into a famous story teller.
Apparently John Edwards confided in him. The Jupiter of Young is conjunct the Sun of Edwards (orb is 4 degrees) and square his MC, but his Saturn is square Edward’s Sun (orb 2 degrees) and conjunct his MC. The combination of Jupiter and Saturn is for ups and downs…
I notice that the Orcus of Edwards is exactly square the Mercury of Young. Orcus is the deity noted for punishing those who break oaths. The Orcus of Young is conjunct the Ascendant of Edwards, who has Mars conjunct Orcus. In fact, both of them broke oaths. And maybe oath breaking is what binds them...Or just the will to win no matter what.
Here you see the chart of John Edwards with the ('transit') positions of Young on the outside: