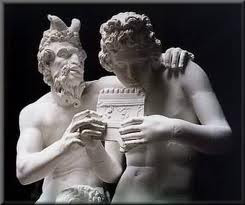 In February of this year the affair of (married) John Terry with the friend of Wayne Bridge ended the friendship between the men. It was hot news for weeks. Now there is a similar affair in German football. Read in WSC…how Michael Ballack is the John Terry of Germany and Christian Lell is Germany’s Wayne Bridge...Ballack had sex with Lell’s friend Daniella and Ballack is married (just like John Terry).

Just like in the John Terry-Wayne Bridge-case there is no day of birth for the woman involved. That is a pity, because the woman is the link between the men and it would be interesting to see how her natal astrological positions are linking them. To make it easy for astrologers, Venus is strongly connecting the charts of the football players...Venus is one of the symbols for ladies. So we don't need to 'cherchez la femme':)! There is a significant and strong interaction between the Venus of the men involved. Venus-Neptune, Venus-Pluto and Venus-Pholus are part of that interaction. They are the symbols of love and romance, jealousy and turning points in love life.

Also, the meaning of the transits and progressions of Michael and Christian are reflecting their present situation. And Mars (symbol of sports, energy, drive and males in general) is important for both. In Michael Ballack’s chart Mars is ‘ calling’. Christian has a very tight square between Sun and Mars. For more details, chart drawings and links, continue…


SYNASTRY: VENUS-PLUTO
Christian’s Pluto is conjunct the Venus of Michael. It is a combination for sexual attraction between lovers and the jealousy that goes together with the intensity of this desire. Between hetero sexual men, it might be reflecting the attraction to the other person’s wife or lover (and jealousy, too).

CHRISTIAN’s ASTROLOGICAL SITUATION
I read that Christian Lell was once arrested for attacking his former girlfriend (was that Daniela, too, I wonder?) and I see the Sun exactly square Mars and conjunct Uranus for an explanation of his fiery temper.

Several transits and progressions are mirroring the events.
- He has had transit Saturn (symbol of responsibilities like parenthood) conjunct Sun lately. Daniela is pregnant.
- Progressed Venus is sextile natal Neptune. Sextiles between Venus and Neptune don’t produce sweet dreams, apparently. (More about sextiles? See the labels).
- Transit Uranus is opposition his progressed Sun for a period of controversy and upheaval.
So we have romance, controversy and responsibilities and he shares the 'romance'with Michael.


HOW ABOUT YOU?
Transit Pholus is now in the 12th degree of Sagittarius. If your Sun,Moon,planet, Ascendant or MC (natal or progressive) are in the 12th degree of Gemini, Virgo, Sagittarius or Pisces, you might experience a turning point in life, habits, preferences, interests or situation. This is of course depending on your personal situation and individual chart and stronger if you already have an important aspect with Pholus in your natal chart.
LINKS
Transit Pholus is conjunct the Venus of Michael Ballack in the year that his love life, popularity and marriage is at risk. John Terry had transit Pholus on his Sun earlier this year...
John Terry is in the news again, see Times online ...He was breathalysed after coliding with the car of a Chelsea security staff member, leaving the man with a broken leg. He went on driving and later went to the police. Should it be the effect of transit Pholus on the natal Sun? Pholus*) seems to have the effect of Pluto, but harder.
*) 'unusual and thoughtless action', that is what I read in the interesting article about Pholus (one of the Centaurs) on Kentauren.info.
http://astropost.blogspot.com/2010/04/pholus-files.html
Wayne Bridge and John Terry used to be friends. That explains the strong synastry between their charts.
http://astropost.blogspot.com/2010/02/wayne-bridge-and-john-terry-friends-no.html
Just like Wayne Bridge and John Terry, Clara Rojas and Ingrid Betancourt have Moon opposition Moon.Their friendships were strong, but ended at a certain point.
http://astropost.blogspot.com/2010/08/moon-opposition-moon.html
For more about sharing aspects with your partner, see my site Astromarkt...
For more about the astrology of meeting people and influencing each other, click here...
(c) http://astropost.blogspot.com/

Required awhile to enjoy a book the whole set of comments, but Thought about love released. It turned out to be valuable with myself and Most probably to the whole set of commenters here! It can be nice for your requirements but not just learn, but more entertained! I'm certain you possessed joy writing this text. athlete nutrition