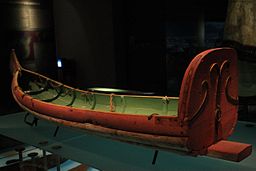 What to expect when there are 3 transits and two of them are resonating a natal aspect? The are: transit Uranus opposition Progressed Saturn, transit Jupiter is sextile Pholus and transit Quaroar is trine the natal Sun, at about the same period of time? It happened to John Darwin and this is what happened to him:

1. Transit Uranus opposition progressed Saturn shows that it is time for the issue of limitated freedom or breaking free. It was liberation time for John Darwin.... The transit is extra strong because of the existing quintile between Uranus and Saturn in the natal chart.
2. In January Pholus was semi square Mars in the progressed chart and transit Jupiter was sextile Pholus. A successful turning point in a struggle or battle, as it seems.
3. Transit Quaoar trine the natal Sun is a sort of a message about the easy creation of a new lifestyle. This transit is extra strong because of the existing semi square between Sun and Quaoar in the natal chart.
Together Jupiter, Uranus and Quaoar create a happy change and it is the combination that counts. John Darwin is  the man who vanished and pretended to be dead in order to collect the insurance money. There is a story on the internet that they forgot to confiscate ALL of the money and that there is enough left for him and his wife to have a comfortable life.
Here are some charts (progressed and transits; natal and transits):
LINKS
1. http://en.wikipedia.org/wiki/John_Darwin_disappearance_case


2. The astrological story is here on Astropost, written in 2007.  I want to add that the importance of money is shown by the fact that Venus and Pluto are rising before the Sun. Venus is novile Pluto and that is for the joy of having money. Having money was important enough to even cheat on his own children. Quote:
Notice that Mercury is conjunct Saturn and semi sextile Pluto: the key to a strategic mind. Mars semi square Saturn is often there in the charts of those who commit a crime or fight it. Darwin used to be a prison officer. Notice how the 75 degree quindecile aspect connects Mars and Pluto with Mercury-Saturn, connecting death with strategy.