The intense transits of Pluto 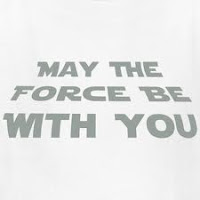 Pluto is the planet of crisis, exhausition, stress, life and death and threaths. That is a lot of challenge.
Transits of Pluto are intense and tiring, because they bring you on the edge. Maybe you are the one who wants to get to the limits of what is possible. Maybe it is you who wants to get back on stage, stay alive at whatever cost or win, anyhow. But it could also be circumstances forcing you to be the fanatic and extreme person that you need to be in order to survive, defend or get on with your life after a difficult period. In all of those cases Pluto is the symbol of ‘the force’ (for or against you).  The enemy might be an illness, a political enemy, an authority or a problem (with money or people). You might feel it like a test case: do you or don’t you want to go on and do you or don’t you want to live (like this)? It is like a confrontation about values: what is really worth ‘it’? Sometimes Pluto brings success on your way, but then you have to pay the price. Pluto is the prize and the price to pay for it. Think of a winner of Idols who suddenly loses his privacy and normal way of living. Or think of a birth: a child has great impact and changes it all. People marry and divorce during the transit of Pluto. Pluto is transformation and transformation is stress. Physical challenges might also come on your way with transits of Pluto. You might meet a therapist or surgeon with Pluto’s transit. Transits of Pluto: evaluation, transformation, intensification, demands and challenges and always the FORCE. Whenever there is a transit of Pluto something encourages you and makes your will stronger. The stress intensifies the way you see things.
And the nature of the transit (the kind of aspect, soft or hard) doesn’t seem to mean much. Even more than with other transits, it is important to know if Pluto is making an aspect in the birth chart and if the transit is ‘resonating’ that aspect, in which case the transit will be felt harder. Sometimes the transits don’t seem to have any effect at all, exept deeply felt jealousy of others. And… more than with other transits, the nature of the aspect (harmonious or not) doesn’t seem to matter much.
For example, when Goran Lindberg (a policeman) was arrested there were trines of the Sun and  Mars with transit Pluto, resonating the squares of the Sun with Mars and Pluto in the natal chart. He had abused his power. Transit Saturn inconjunct Sun showed the lost of self respect at the moment of the arrest, just when he had a great chance of using and abusing his strong influence and power. But he was a policeman in a democracy, so eventually he was caught.
When there is a transit of Pluto the force might better be with you than against you!
LINK
See the post about the policemen in crime: http://astropost.blogspot.com/2010/07/policemen-in-crime-and-how-about-your.html
PS
In one of the next posts in this month of transits on this blog:
Transits of Pluto with Sun,
Transits of Pluto with Moon, Venus and Mars and
Transits of Pluto with Midheaven and Asccendant or Sun/Moon.
Also visit: Astromarkt.net for example about Sun-Pluto
Geplaatst door Astromarkt op 5:04 PM

I currently have Pluto edging closer to my natal Mars in the 6th house (he is within a one degree orb right now).

The energy is tricky, I can't quite feel it yet (or haven't been able to identify it as Pluto) but I am prepared for whatever it brings!