The answer is: ' Subjects of posts on Astropost on February 15, 2009'. Was that easy? I wish I could give you ' Jennings' or 'Rutter' or 'Watson'  so that you could ask: "Who won Jeopardy on February 16, 2011?". But I can't. I don't have hours or places of birth for the three of them and I don't know at what hour and minute the final moment of the competition is, tomorrow. Also, I keep waking up at about 2:45 a.m. (since the Mars return, but now I FEEL it) and so I take it easy tonight...This post has some links to earlier posts and an alinea about Jeopardy. I will start with the links. 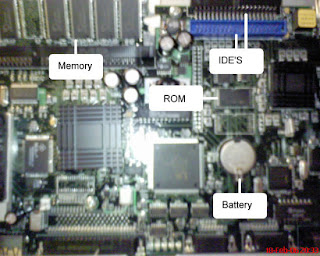 JEOPARDY
Today's post could have been about Jeopardy only, but I can't make up my mind about who wins:). How could I, without hours of births, hours of the final minute and without the 'natal chart'  of the computer, Watson? And without being able to watch the show!?
All I can tell you is, that the battle is between two human beings  and a computer. Their names are:

The men both have a wider trine between Sun and Pluto and that they share Venus square Uranus. That tells us that they have sense of rhythm and that they love excitement and surprises (Venus-Uranus). They will also find ways to self esteem and authority (and they did, didn't they, with Sun trine Pluto). Because they SHARE these aspects it also tells us that they are able to join forces against a shared enemy. And that they will have fun together!


When they broke a record a few years ago they had a minor aspect between Jupiter and Sun (see their - progressed - charts) and one of them had a Mars-Uranus trine. On February 16, only one of them has a transit Mars trine Uranus. The other one has transit Jupiter opposition Pluto. And for the rest: only difficult aspects, like Progressed Sun inconjunct Progressed Neptune or transit Pholus conjunct Neptune...I don't know about Watson...:) I heard one of the man say that Watson doesn't have nerves or emotions, like humans do. But he also doesn't have a compact brain. Anyway, may the best 'man' win! Tomorrow we will know the name.

If Sun and Pluto make an aspect in both of your charts living together will not be easy. Two strong wills, two fanatics, both wanting to win and to have the power. If harmonious both will finally win in some way or win and survive together after making a difficult start


Venus-Uranus is for sharing the same love of music, dancing and adventures. Venus-Uranus could be the shared aspect for falling in love for a short period of time.
Geplaatst door Astromarkt op 8:41 PM