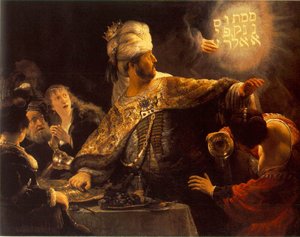 A lot of visitors for the post about 'Signs of changing times' (in your individual chart!) and the 'Sunsign changing" (about the individual progressed sunsign) made me think of the reason why and what they were searching for. It seems that birds dropping out of the sky and large amounts of dead fish, the floods, the lack of activity on the surface of the sun and other 'biblical' events scare a lot of people. They want to know if the sun sign is changing now or if 2012 is really 'the end of times'. And apparently, one of the signs of the end of the world (they think) is the end of the Age of Pisces. There are two posts on this blog with an answer for them:
Exit mundi or Age of Aquarius (http://astropost.blogspot.com/2009/10/2012-exit-mundi-or-age-of-aquarius.html) about the Maya calendar, chart of December 2012 with yod and the Age of Aquarius.
1. EXIT MUNDI

In that jpost I wrote that there has never been an enormous disaster predicted by means of astrology. The Tsunami and September 11 were NOT predicted, by noone, and certainly not like this: 'On September 11, 2001 in New York Muslim terrorists will hit a building by plane'. So how can anyone be so sure about what exactly will happen on December 21, 2012 and where? They can't because there is no chart of the world! A chart is related to time AND place on earth. In other words: 'the world' doesn't have a chart or horoscope.
The Mayas didn't know about Uranus, Neptune and Pluto. The Mayas knew about their world (South America). They had no idea about Spain, for example and they thought that the Spanyards were Gods. So, they didn't exactly 'know it all'.
They also didn't know about the Yod in the December 21, 2012 chart with the Saturn-Pluto-Jupiter-Yod. And even if they did: the 'finger of God' in the Yod is pointing at Jupiter, the planet of protection, in the ninth degree of Gemini. If you want to see this Yod as a bad sign, I will ask you why. Because Jupiter will be conjunct Aldebaran. See Constellation of Worlds and you will find:

With Jupiter: Great ecclesiastical honor and high military preferment. [Robson*, p.121.]
The 9th degree of Gemini is a nice sabian degree, too.

They also didn't have our method of calculating the years, months and days as we do since a few ages. So adding numerology to the Maya Calender to prove 'the end of times' is only contributing to the effect (fear, exitement) and has nothing to do with the Mayas. Astrology isn't numerology... Back to astrology.
2. AGE OF AQUARIUS
The end of the Age of Pisces (the 2000 year cycle of today) could be Zero Aries of 2012 (March 20, 2012), says Gene Ray in the post on this blog: Age of Aquarius)
If that is so, what could happen? The world didn't end when the Age of Pisces started. Why would the world end when the Age of Aquarius begins? In the individual progressed chart sunsigns change every 30 years and we don't all die when that happens. Barack Obama's sunsign changed 5 months ago and this is only resonating the (growing) change in lifestyle as a President. My sunsign changed (to Aquarius, as a matter of facts) when my lifestyle changed. Just think of how our lifestyle changed since World War II, with all new technologies and you see that we are already changing our lifestyle. In fact, since the beginning of humanity!
CONCLUSION
Some people just love doom theories (immediate climate change, the Russians will be coming and a comet may hit the earth and more of such stories). Twitter and the internet inform us immediately and that is how we know about events all over the world. Maybe that is scary sometimes. We can only try to be carefull and be alert and do the best we can. Why spend energy on a fictious idea, while there are dozens of disasters around us and we don't care? If you were in Somalia or in Haiti you would think that the end of the world is already here, but if you were having a nice holiday somewhere, would you think of your world that way? 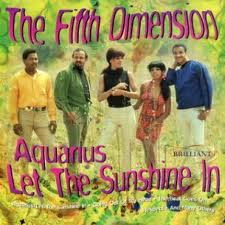 With astrology you can see something coming up, but there is not much you can do, except being prepared to do the best you can or simply hold your breath and NOT be afraid too much. Because just like proclaimed disasters and falling asteroids, some transits and progression come and go without any impact. Why is that? I don't know. Maybe they were only meant to keep you alert and to feel alive or maybe the idea of the brain is to make your blood flow! So let the sunshine in, like in the song! And watch what REALLY happens in your world today. Don't forget to see the good things. Today they found a way to stop Avian Flu!
Exit this story! CU on December 22, 2012:)

LINKS
One of the funiest sites (IMO) is Exit Mundi. Here you see a collection of end-of-world scenarios. There are so many that you can't help to start laughing!:)
Read Exit Mundi and you will notice again that you are here, alive and well.
Also visit: Astromarkt.net or use the labels for more background info.
﻿
Geplaatst door Astromarkt op 7:58 AM